ELGIN, Ill. — Protesters and the Elgin police chief had a confrontation during a protest following the fatal shooting of a woman who was armed with a knife inside a burning car.

The police chief addressed the protesters.

“The idea that some people have that I will never be able to change is that if you come at me with a knife, that I need to wrestle it away from you or I need to let you stab me in the chest because I wear a bullet proof vest. That’s not how the real world works. You come at a police officer with a knife, you’re probably getting shot,” the chief said.

In a news conference, police said the incident started around 12:30 a.m. after officers made contact with a suspicious vehicle at Cedar Avenue in Elgin. 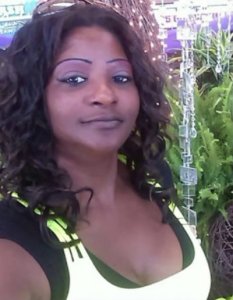 During the encounter, police said Clements fled. Officers chased her initially, but then gave up.

Clements’ vehicle was then spotted on westbound I-90 near Route 25. Elgin officers made contact with Clements and observed she was armed with a knife, police said.

Police say they then “disengaged immediately,” and tried to negotiate with her for over an hour. During that time, police said Clements would move her vehicle up several feet. At one point, officers noticed a fire had started inside the vehicle.

Police say they tried to pull her out of the burning vehicle, but something happened, and an officer ended up shooting his weapon, killing her. Illinois State Police is now investigating exactly what happened. Her family says she was shot multiple times.

Clements was transported to St. Alexius Hospital in Hoffman Estates where she was pronounced dead.

The officers were wearing body-cams, which have yet to be reviewed.

The Elgin Police Department provided a photo and released the name of the officer involved in the shooting. The officer who fired the fatal shots is Lt. Christian Jensen, is a 19-year veteran of the department.

The officer has been placed on paid administrative leave.

Clements’ family is extremely upset about her death. They said the shooting was uncalled for, and described her as a very small woman — being less than 100 pounds and about 4 feet 11 – not a threat to trained officers who had shields and body armor.

Clements’ family said they are searching for answers. They don’t understand why police didn’t better de-escalate the situation.

A massive group of protesters from The Chicago Coalition for Justice in Palestine filled Congress Plaza in downtown Chicago Wednesday to condemn what they characterized as Israeli aggression. But Pro-Israel groups say the fighting is in response to Palestinian provocations.

Applications to get $50 off your internet bill open