GARY, Ind. — A fisherman trying out a new method snagged a possible live grenade at a river in Gary Monday afternoon.

Joe Teague, 31, of Griffith, has been fishing his entire life. But recently, a YouTube video on magnet fishing caught his eye and he wanted to try it out.

Magnet fishermen attach a strong magnet to a long rope with the hopes of pulling out debris from bodies of water.

After work Monday afternoon, Teague saw that his magnet was in from Amazon and decided to try it out on the Clark Street Bridge over the Little Calumet River in Gary.

“Thought I could find an old gun or something cool,” Teague said.

After about 45 minutes, Teague pulled a grenade out of the river.

“I saw it snag up on a branch,” Teague said. “And thought to myself ‘that’s a hand grenade.’”

Even though it was in the water for years potentially, Teague is convinced it may have been live.

“The bottom wasn’t drilled out,” Teague said. “The core was still in it and the way it was stratified.”

After poking at it for a minute, Teague immediately called Gary police who were assisted by Porter County’s bomb squad.

“I kinda poked at it,” Teague said. “At little bit of power came out. The longer they sit the more viable they become.”

Teague said the Porter County bomb squad took the grenade to perform x-ray tests to see if it was live or not. Teague’s friend, who is a big war buff, said the grenade looked to be 40-70 years old.

X-rays results of the grenade are not available at this time. Porter County’s bomb squad confirmed they assisted Gary police with the investigation, but directed further questions to Gary police. Attempts to learn more from Gary police were unsuccessful.

Despite catching a hand grenade, Teague said without a doubt he will keep magnet fishing.

“Definitely hooked on it now,” Teague said. “But I don’t think I’ll ever top that catch.”

In fact, he went back out Tuesday and caught a rusted scooter. 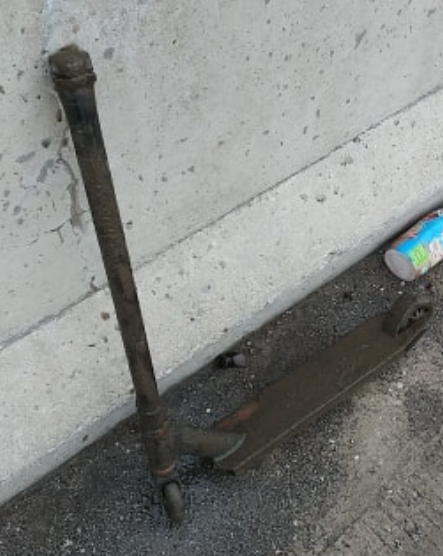 Americans may not know if trick-or-treating will happen this year because of the pandemic, but they’re buying a lot of Halloween candy while they wait to find out.

U.S. sales of Halloween candy were up 13% over last year in the month ending Sept. 6, according to data from market research firm IRI and the National Confectioners Association. That’s a bigger jump than the usual single-digit increases. Sales of Halloween chocolate alone are up 25%.

The hiring spree comes as Walmart prepares for an anticipated jump in online shopping, evolving wish lists amid the COVID-19 pandemic and the need for a safe and easy shopping experience, the company said in a news release.

WASHINGTON (NEXSTAR) — Any optimism about Republicans and Democrats meeting in the middle on a new coronavirus aid package that many hoped would include a second round of $1,200 direct payments has likely been derailed following the death of Supreme Court Justice Ruth Bader Ginsburg.

Last week, President Donald Trump urged his GOP colleagues to "go higher" on a deal and House Speaker Nancy Pelosi and Treasury Secretary Steven Mnuchin had their first talks in weeks about a stimulus deal. But days later, the parties were at war over the process of filling RBG's open Supreme Court seat. And with Republicans pushing to quickly fill the vacated seat, most insiders believe it's highly unlikely the sides would find common ground on a COVID relief deal.

1 officer indicted in Breonna Taylor case; not for her death

Late-stage study of first single-shot vaccine begins in US

Maine to use ranked choice voting for presidential election

1 officer indicted in Breonna Taylor case; not for her death