CHICAGO — The applause was deafening as the curtain fell on “Hamilton” for the last time in Chicago Sunday night at the CIBC  Theatre downtown.

At the center of the cast taking its final bow was star Miguel Cervantes, who played Alexander Hamilton throughout the show’s run in Chicago and will now take over the role on Broadway.

“I get to take a little bit of our Chicago fire and move it over to New York, and be able to do what I do over there,” Cervantes said in his first interview after the final Chicago performance. 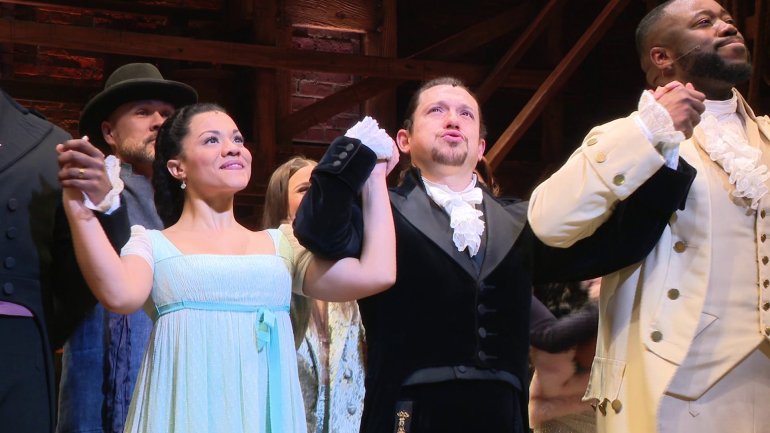 During his time in Chicago, Cervantes said it truly became home for him and his family.

“We got here without an idea about what our life was going to be like here; immediately we decided we would be here as long as we could,” he said.

After his daughter Adelaide Grace was diagnosed with a rare form of epilepsy, Miguel and his wife Kelly became active in raising awareness about the condition and worked with groups in the Chicago area. Adelaide passed away from complications related to epilepsy in October, just short of her fourth birthday.

“‘Hamilton’ is one thing – but the struggles we’ve gone through as a family with my daughter, and all the difficulties that have come… we got a lot of love and support from our home, from the people here and the family that we found,” Cervantes said.

Cervantes said as he heads to Broadway, Kelly and their son will remain in Chicago for the rest of the school year before joining him in New York. They plan on keeping their home in the area in case they get the chance to move back.

“I’m going to consider this home; I’m not going back home, I’m moving away,” Cervantes said. “Somewhere deep down in my heart and in my wife’s heart we want to keep the option open for coming back.” 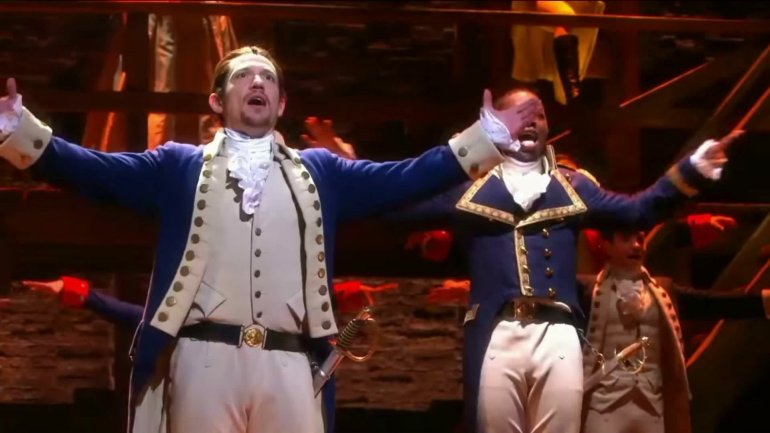 Throughout its run in Chicago, Cervantes said “Hamilton” became the center of its own “little world” of passionate performers. And even after years of performances, he says the excitement is still there for cast and fans alike.

“As an artist to be in something like ‘Hamilton,’ to be able to be part of an amazing movement that it is, it’s fulfilling as anything I could have dreamed of,” he said. “I can’t imagine wanting to do something different.”

Dean's full interview is available in the video player below.

Happy 94th Birthday to the one and only Tony Bennett

WGN's Dean Richards pays tribute -- along with many musical icons -- to Tony Bennett on his 94th birthday.