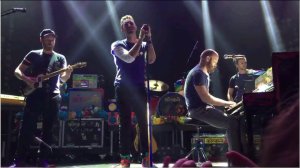 The game is set for Feb. 7, 2016, at Levi’s Stadium in San Francisco. The British rock band, which is releasing a new album Friday, will perform during halftime of Super Bowl 50, according to a person familiar with the production who asked for anonymity because they were not authorized to discuss the matter.

The NFL is due to announce the halftime performer during Thursday night’s prime-time matchup between the Detroit Lions and the Green Bay Packers.

Around Broadway in 80 Days Submission Broadway In Chicago is thrilled to accept your submission to Around Broadway In 80 Days! If you played or were scheduled to play a qualifying role at an IHSMTA participating school this year or you are an alumni of the program, please fill out the below form and upload a 1-3 minute long performance video (song, dance, song & dance) of a musical theatre…

MADRID — Plácido Domingo announced Sunday that he has tested positive for the coronavirus.

The 79-year-old opera singer's illness comes after his own glittering career had recently been stained by sexual misconduct revelations.

NEW YORK (AP) — The family of John Prine says the singer-songwriter is critically ill and has been placed on a ventilator while being treated for COVID-19-type symptoms.

A message posted on Prine's Twitter page Sunday said the “Angel from Montgomery” singer has been hospitalized since Thursday and his condition worsened on Saturday.