CHICAGO RIDGE, Ill. — Federal and state investigators made an on-sight inspection of the controversial Animal Welfare League in suburban Chicago Ridge on Tuesday.

Demonstrators were also at the shelter on Tuesday to once again demand a change in leadership.

DEA agents and state investigators were questioning the director, Linda Estrada, and her staff.

In a written statement, Estrada said the day went well.

The staff at the Animal Welfare League has been under fire. The shelter has been accused of giving animals lethal doses of medications—confirmed by necropsies done by the University of Illinois at Urbana-Champaign.

One of Shannon Gaglione’s foster pit bulls was given seven different antibiotics after surgery to remove a harness imbedded in his body.

“Amikacin is very strong, chloramphenicol is rarely used and can be fatal to the animal and also the person that’s handling it,” she said.

The Animal Welfare League is also accused of not having full and detailed documents. One document had no information about a hernia surgery a dog had, who performed it or who approved medications.

Crystal Broccardo worked or volunteered at the shelter for 21 years. She just quit a month ago.

She said vets stayed on the clinic side where they performed low cost surgeries and exams. She said there was never a vet on the shelter side.

And while Estrada says the Animal Welfare League has passed every Department of Agriculture inspection, there are photos that appear to show unsanitary and neglectful conditions. 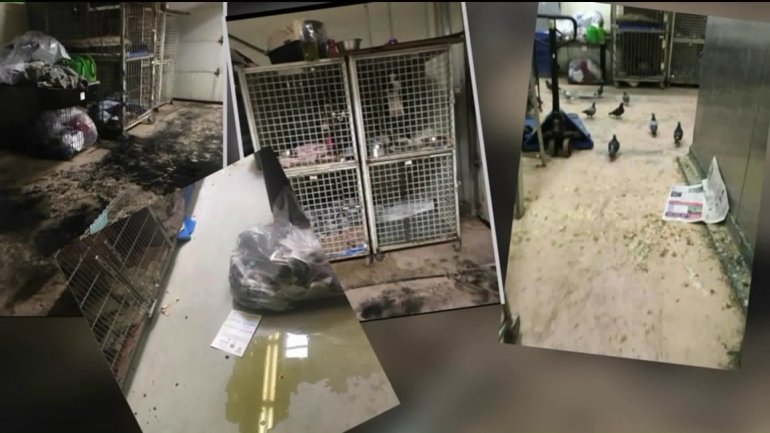 “The number one thing that we want to see is reform. we want Linda out and we want the board removed,” Nikki Ormsby, a member of Animal Welfare League Reform, said.

City officials told WGN that Chicago Ridge police are investigating the disappearance of thousands of dollars-worth of Heartgard, a heartworm medicine, reported stolen over the weekend.

There is also still an open Department of Agriculture investigation.

(NEXSTAR) —Your grocery bill may see an increase as grocery prices continue to climb this year, going up 0.6% in March from the previous month, according to data released Tuesday by the Bureau of Labor Statistics.

Consumer costs at the supermarket rose every month of 2021, the BLS found. It increased by .4 percent in February and 0.3% in January, meaning a 0.7% incease since the start of the year.

CHICAGO (AP) — Dozens of people marched around downtown Chicago on Tuesday to express solidarity with the family of Daunte Wright, a Minnesota man fatally shot by police officer during a traffic stop.

The protesters carried signs and chanted the names of Wright, George Floyd, Laquan McDonald, Breonna Taylor and others fatally shot by police. Demonstrators also said they wanted to raise awareness of what they said is an urgent need to hold police accountable.

Man charged with threatening to assault, murder judge in Chicago