Skip to content
1  of  / 2
Watch Live
Watch Live
Memorial for George Floyd
1  of  / 2
Watch Live
Mayor Lightfoot will join CPD, Civilian Office of Police Accountability for news conference
2  of  / 2
This is an archived article and the information in the article may be outdated. Please look at the time stamp on the story to see when it was last updated.

CHICAGO – It might have seemed a formality considering the team’s play at the end of the 2015 season and their acquisitions this offseason, but today Sports Illustrated made a bold prediction about the Cubs for the 2016 season.

In their annual baseball preview the magazine picked the team to reach the World Series and placed Jake Arrieta, Kris Bryant, Jason Heyward and Anthony Rizzo on the regional cover of the publication.

It’s the second time in the last seven months which the team has graced the cover of Sports Illustrated. After a big run in August the team, specifically Kris Bryant, was placed on a regional cover as they made their way towards their first postseason appearance since 2008. 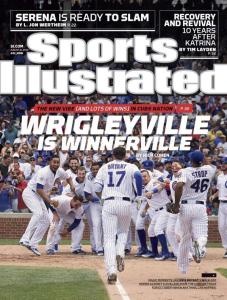 Unfortunately for Cubs fans, the magazine sees the team only ending it’s 71-year World Series drought. The magazine predicts the Cubs will win the National League pennant but lose to the Houston Astros in the World Series. 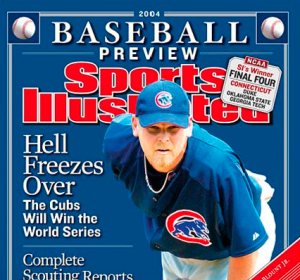 This is not the first time that Sports Illustrated has picked the Cubs to do big things in the postseason. In 2004 Kerry Wood was on the cover of the magazine’s preview that picked the team to win the World Series. A late season collapse kept the team out of the postseason just a year after they reached the National League Championship Series.

BRUNSWICK, Ga. (AP) — A state investigator alleged Thursday that a white man was heard saying a racial slur as he stood over Ahmaud Arbery's body, moments after killing him with three shots from a pump-action shotgun.

The lead Georgia Bureau of Investigation agent in the case testified that Travis and Greg McMichael and a third man in another pickup, William “Roddie” Bryan, repeatedly used their trucks to chase down and box in Arbery, who repeatedly reversed directions and even jumped into a ditch in a desperate struggle to escape.

CHICAGO — An officer was struck by a vehicle while responding a call of shots fired on the West Side Thursday morning.

The incident happened around 2:30 a.m. in the 900 block of North Christiana in Humboldt Park, as officers were responding to a report of gunfire.

CHICAGO — Another popular music festival has been canceled due to the coronavirus pandemic — Milwaukee's Summerfest was officially called off Thursday.

Back in March, Summerfest was postponed from June until September, but now there will be no music fest this year.