CHICAGO — Cook County’s first couple to tie the knot in 2019 said their vows before TV cameras and staff in the Daley Center Wednesday morning.

When government offices opened for the first time in the new year, Kristina Skare and David Lakoskey were the first in line in the offices of the Cook County Recorder of Deeds to sign a marriage license. The Lincoln Park couple said they first met at a Cubs-Cardinals game at Wrigley Field over nine years ago.

While David brought up the idea weeks ago, the couple said they didn’t finalize their plans until Monday. Even then, they said they didn’t do much planning. They were married by Cook County Clerk (and former Recorder of Deeds) Karen Yarbrough in a very informal ceremony. 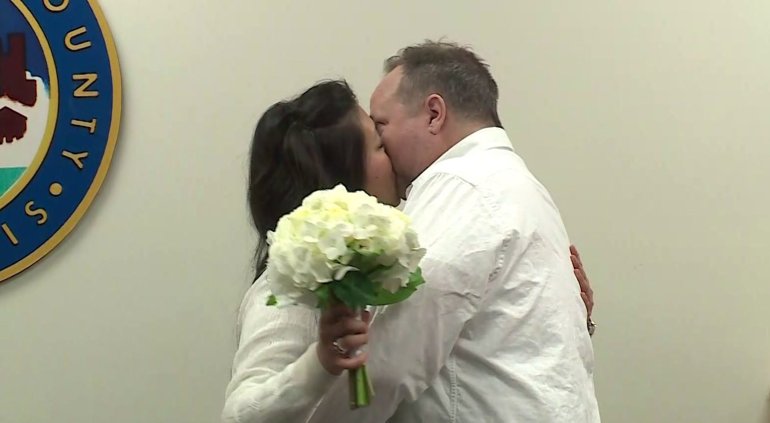 When Yarbrough asked for the rings, there weren’t any. After they both said “I do,” they told the media they didn’t have ideas of whether they’ll take a honeymoon after.

“We decided so last-minute we don’t have any plans,” Kristina said. “I’m going back to work.”

In an annual tradition going back over 20 years, couples who agree to be the first married in Cook County in a new year get the standard 24-hour waiting period and license fee waived, in addition to gifts of flowers and gift certificates from local vendors. 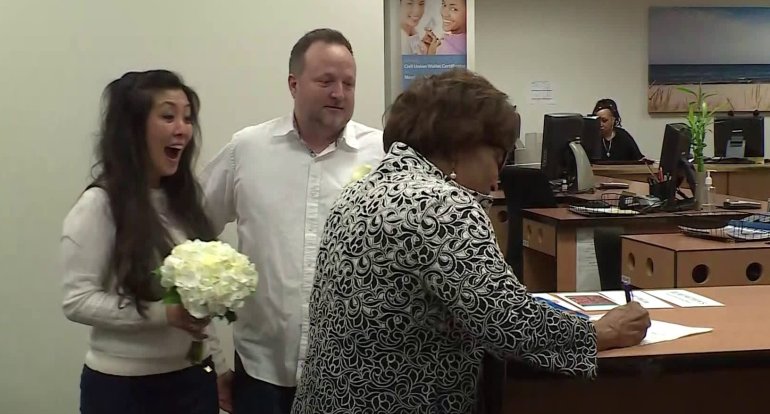 MATTESON, Ill. - Police are looking for a white Jeep Compass after a 7-year-old from Matteson was reported missing and is believed to be with his father.

Ayden Saunders is believed to be with his father Alexander Saunders in a White Jeep Compass with Indiana plate #609TNE.

CAMDEN COUNTY, Mo. (WDAF) — A positive COVID-19 case has been confirmed after a crowded pool party in the Lake of the Ozarks last weekend.

The white Minneapolis police officer who knelt on George Floyd’s neck was arrested and charged with murder Friday, and authorities imposed an overnight curfew to try to stem repeated protests that left dozens of stores burned and looted as anger boiled over about the killing of another African American in police custody.

Derek Chauvin, 44, was charged with third-degree murder and second-degree manslaughter. He also was accused of ignoring another officer who expressed concerns about Floyd as he lay handcuffed on the ground, pleading that he could not breathe as Chauvin pressed his knee into his neck. Floyd, who was black, had been arrested on suspicion of using a counterfeit bill at a store.