CHICAGO — A judge presiding over the wrongful death lawsuit against Chicago Officer Robert Rialmo for the fatal shooting of Quintonio LeGrier, 19, in 2015 reversed a jury finding in favor of the teen’s family.

The Cook County jury awarded $1.05 million to LeGrier’s parents, Janet Cooksey and Antonio LeGrier. The family was asking for $12-$25 million. However, Judge Rena Marie Van Tine reversed the decision after learning the jury also found Rialmo feared for his life when responding to a call of a disturbance. The judge’s decision means that the family will not get any money.

In making their decision, jurors signed a special interrogatory finding that Rialmo fired in reasonable fear of death or great bodily harm. Van Tine found the interrogatory outweighed the decision for LeGrier’s estate and found in Rialmo’s favor.

Jurors deliberated for about three and a half hours before reaching a verdict in the wrongful death civil lawsuit against Rialmo on Wednesday.

The jurors acted after attorneys for the estate of the 19-year-old LeGrier urged them to consider evidence and testimony indicating most of the five bullet wounds the victim suffered were in the back. They said Rialmo was too far from LeGrier when he opened fire to claim he feared an imminent threat.

Rialmo fatally shot LeGrier and his neighbor, Bettie Jones, while responding to a disturbance call in 2015.

“Quintonio was not a threat to him, period,” said plaintiff’s attorney Basileios Foutris.

The jury also found in favor of Rialmo in his lawsuit filed against the LeGrier estate for the infliction of emotional distress. However, the jury didn’t award him any money.

Jury foreman, David Fitzsimmons, said jurors discussed that they didn’t believe Rialmo was a bad person, just that he made a bad decision at the moment.

Rialmo’s defense attorneys believed that the strained, on-again off-again relationship LeGrier’s parents had with their son factored into the jury’s decision not to award any money for pain and suffering. LeGrier was raised by a legal guardian until he turned 18.

“I will always regret that I was forced to end the lives of two people, and even being justified does not change the fact that it was a tragedy for everyone, including the people of Chicago, who I only wanted to help and protect,” the statement said. 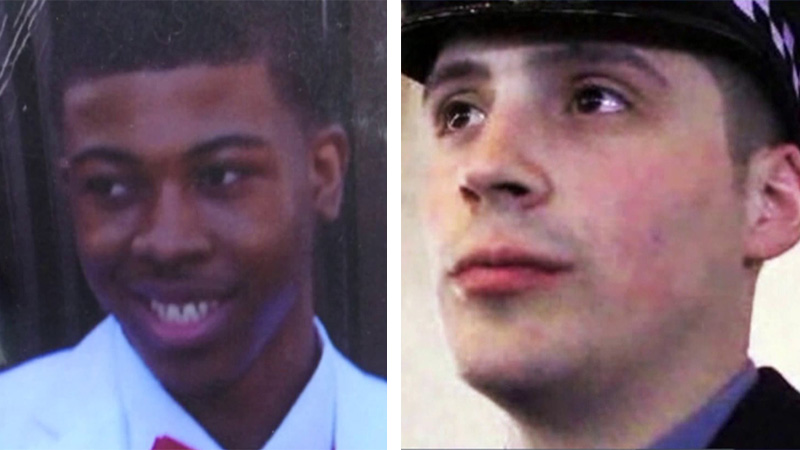 Neighbor Bettie Jones was also shot and killed during the incident.

Rialmo and his partner said LeGrier charged at the pair with a bat; Rialmo insisted he was acting in self-defense when he opened fire. A forensic pathologist who testified for LeGrier’s family last week said the evidence was inconsistent with Rialmo’s version of events.

An autopsy revealed LeGrier had marijuana in his system. Officials said the teen had mental health problems and had had previous run-ins with police.

LeGrier called 911 three times the morning he was shot. In February 2016, city officials said two 911 operators were suspended without pay for failing to send police when LeGrier was shot. It wasn’t until the third call that the city’s Office of Emergency Management and Communications sent a squad car to check on the 19-year-old.

CHICAGO — Can I get "long COVID" if I’m infected after vaccination?

It's unclear, but researchers are studying the chances of long-term symptoms developing in anyone who might get infected after vaccination.

DOWNERS GROVE, Ill. — Advocate Aurora Health will require its 75,000 employees in Illinois and Wisconsin to be fully vaccinated for COVID-19 by Oct. 15, the hospital group announced Wednesday.

With the highly contagious Delta variant spreading nationwide, Advocate Aurora inpatient COVID-19 hospitalizations have increased five-fold over the past three weeks, and the system’s test positivity rate is the highest it’s been since January, the system said.

CHICAGO — A 19-year-old and 13-year-old were both shot in East Garfield Park, according to Chicago police.

The two were sitting in a parked car on the 100 block of North Hamlin Avenue around 7 p.m. on Wednesday when shots were fired.

On Chicago’s South Side, teens are building boats — and confidence

‘Battle of the Blocks’ Peace Tournament returns to Englewood

US plans to require COVID-19 shots for foreign travelers

‘Why force it?’ 2 upcoming Chicago street festivals cancel due to COVID-19

On Chicago’s South Side, teens are building boats — and confidence