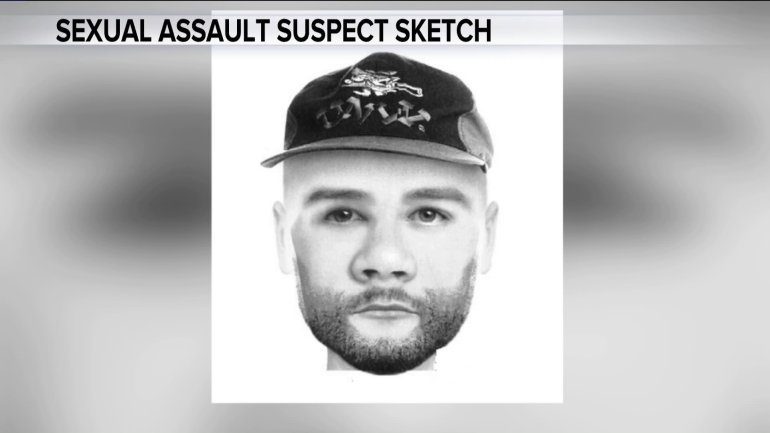 CHICAGO — Police have issued a community alert following a sexual assault in the South Chicago neighborhood.

Police said a man followed a woman as she was walking near 82nd Street and Escanaba Avenue about 10:30 p.m. June 3.

The woman became frightened and tried to run, but the man caught her and forced her into an alley, where he raped her, police said.

Police released a composite sketch of the suspect.

The suspect is described as having a medium brown complexion and a beard. He is between 5-feet, 6-inches tall, and 5-feet, 9-inches tall, and weighs between 140 and 180 pounds. He was also wearing a blue hooded sweatshirt, blue jogging pants and a Chicago Bulls cap.

‘Glee’ actress Naya Rivera ‘mustered enough energy’ to rescue son ‘but not enough to save herself,’ authorities say

“The teams all have to be tested” Dr. Robert Murphy answers viewer COVID-19 questions 7/15