CHICAGO — A 15-year-old boy wounded in crossfire during a “gun battle” involving police and a bank robbery suspect was most likely shot by Des Plaines police, according to Chicago officials.

On Tuesday, a 46-year-old Chicago police officer was hospitalized in serious condition after being shot in the head during a “gun battle” in Old Irving Park that left a suspect dead and the 15-year-old bystander, identified as a Lane Tech High School student, injured.

CPD Supt. Eddie Johnson said at a press conference that the officer was wounded Tuesday evening as police responded to a vehicle pursuit, prompted by a robbery at a Des Plaines Bank of America that involved two suspects.

On Wednesday, Chicago police said the wounded officer was making “remarkable improvement.” He was talking to doctors and his commander said he was “in good spirits “

Johnson said following the robbery, Des Plaines police were able to apprehend one of the bank robbers who fled on foot. The second suspect, identified as 32-year-old Christopher Terrell Willis, stole a car and drove toward the city.

Chicago police were waiting for the suspect after he got off the expressway at Irving Park Road around 6:53 p.m.

Upon seeing police, the suspect shot at squad cars as he exited the Kennedy Expressway, and a Chicago officer was shot in the head.

The suspect then crashed a stolen white four-door vehicle, exited the vehicle and ran inside UpBeat Music and Arts near the 4200 block of Irving Park Road, where he was fatally shot by a Des Plaines police officer.

Police said a 15-year-old boy, a student intern at the music shop, was shot in the arm during the exchange of gunfire. The bullet entered his arm and exited through his chest, officials said. He was transported to Lurie Children’s Hospital in serious condition. As of Wednesday, the teen has been stabilized.

On Wednesday, First Deputy Supt. Anthony Riccio said the teen was most likely shot by the Des Plaines police officer as he was “neutralizing the offender” inside the piano store.

At a press conference Tuesday, Dr. Marius Katilius said the officer had a skull fracture and had blood in the brain. He said he was in serious but stable condition.

On Wednesday, Riccio said officials were hopeful the officer would make a full recovery. He said the bleeding in his brain that Katilius mentioned the night before appears to have subsided.

The officer is a 17-year police veteran, currently serving in the 17th District, which is the Albany Park neighborhood. He has more than 100 rewards for exemplary service on the job.

Neither the officer nor the teenager have been identified. 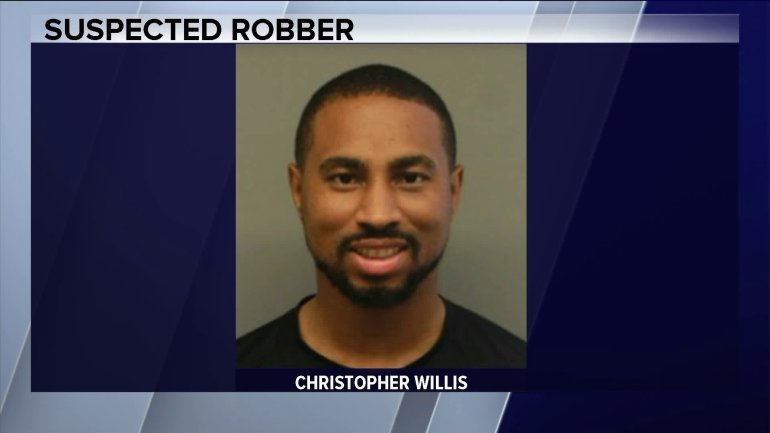 Willis was out on bond at the time of the incident, and a had a long criminal history including charges of forgery, resisting an officer and trespassing.

The FBI, Chicago and Des Plaines police are investigating the incident.

Johnson had planned to visit the 15-year-old at the hospital Wednesday, but was declined by the boy’s family who asked for privacy.

Upbeat issued a statement that said in part, “Class was in session at the time, and all other students and staff were kept safe, thanks to the quick and courageous efforts of our teachers. They acted with urgency, selflessness and clarity.”

Charges have not yet been filed for the bank robber who was caught Tuesday.

Las Vegas home of Siegfried & Roy to be demolished

Northern Lights may be visible in Chicago tonight