CHICAGO — The city of Chicago has been sitting on $11.5 million in uncashed checks since 1987.

More than 22,000 checks have gone uncashed. Some are for thousands and thousands of dollars. Some are made out to people who have now died and companies that went out of business years ago. 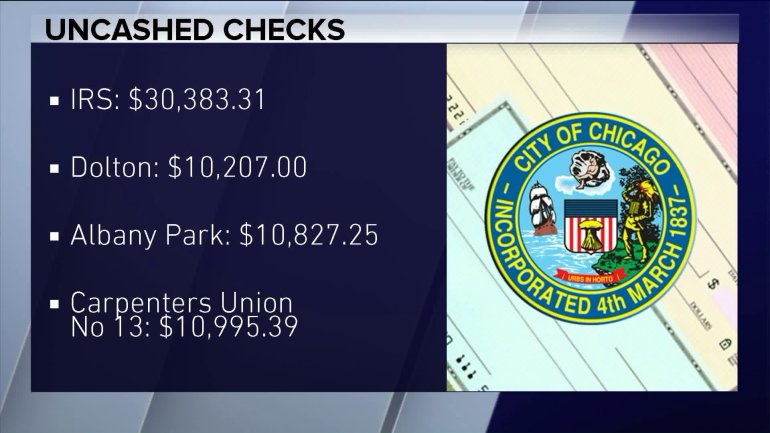 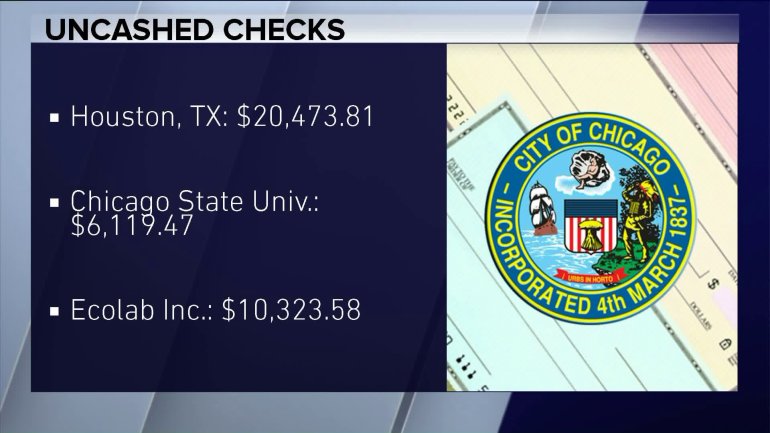 The Chicago Tribune, for example, has dozens of checks they never cashed, each for hundreds of dollars. One of the uncashed checks includes a payment for $44,000 made in 1991 to Commonwealth Edison.

Records show the city intended to pay the Hull House association nearly $100,000 back in 1997 and 1998. They never got the checks. In 2012 the 122-year-old organization had to go out of business because it couldn’t afford to stay open. 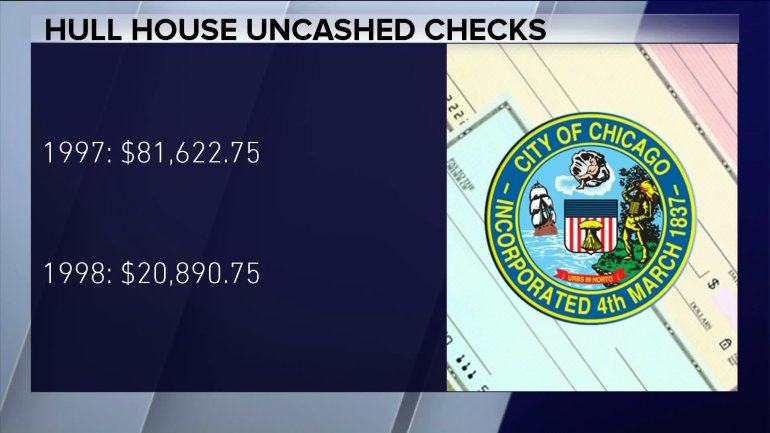 State law requires property which goes unclaimed for three years be turned over to the state. The state treasurer has a website that allows residents to search for unclaimed property.

There are questions about whether the city was supposed to report these checks to the state because they remain uncashed.

Krislov has filed a class-action lawsuit to get that money back to the people who deserve it and he wants the city to pay interest. He said the city should have alerted people somehow to tell them that they had money waiting for them at city hall.

“Some of these people I’m sure have died, which is really it’s unfortunate,” he said. “The city should be transparent about this. This is money that doesn’t belong to the city. They ought to provide a way to make sure that people can find it and get it.”

A spokesperson for the city did not comment on the lawsuit.

Law department spokesman Bill McCaffrey says Chicago is not bound by the state’s unclaimed property law and has its own procedures for uncashed checks. McCaffrey said in a statement:

We have not yet received this suit and therefore cannot comment on its specific claims, however, it is the City’s position that it is not subject to the Revised Uniform Unclaimed Property Act.  As a home rule unit, the City has enacted ordinances and adopted procedures providing for the disposition of various forms of property, including uncashed checks, tax overpayments and water overpayments, and that authority has not been preempted.

People can search the document below for their names or visit www.krislovlaw.com Note: The document is 600+ pages long

MCKINNEY, Texas — A Texas couple have been charged with evidence tampering and abuse of a corpse after their infant son was found dead in a bucket of tar.

CHICAGO — Chicago police are searching for a pair of suspects after two Bucktown carjackings that happened within a mile of each other. One of the incidents was caught on security video.

The first carjacking happened around 2:36 a.m. Thursday in the 2300 block of North Shakespeare Avenue. A man, 22, sai he was outside of his parked black Jeep Grand Cherokee, when two male offenders approached, police said. One of the offenders displayed a weapon and demanded the man’s car keys.

Sisters separated by orphanages, foster homes are reunited after 46 years

15 cent movies?! Some AMC theaters reopening on Aug. 20 with 1920s prices for one day only