CHICAGO – The run to the Final Four inspired Loyola to give a new contract to head coach Porter Moser on Wednesday and on Thursday, another tribute to the Ramblers’ incredible season popped up. 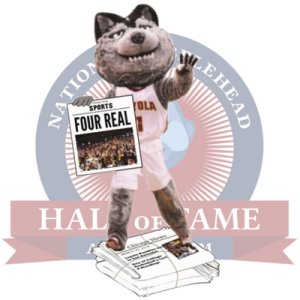 The National Bobblehead Museum in Milwaukee revealed its latest tribute to the team: A bobblehead featuring the school’s mascot “LU Wolf” holding up four fingers to signify the team’s appearance in the National Semifinal this March. The mascot is also holding a newspaper with the headline “Four Real.”

Right now the museum is taking orders for the bobblehead at $35 a piece with delivery expected in July.

Here's your first look at the painted Sister Jean @LoyolaRamblers Bobblehead! Get yours now before it's too late. https://t.co/lCJ5wIYG46 pic.twitter.com/lZXxFyeLLn

This is the second bobblehead featuring Loyola this Spring, having created one in honor of team chaplain Sister Jean Dolores Schmidt as well. According to the museum, it’s the best-selling bobblehead ever, with the total orders approaching 18,000.

When will Chicago or Illinois lift its mask mandate?

Doctors at suburban hospital worried at lack of anesthesiologists; full services promised in ‘near future’