GLENDALE HEIGHTS, Ill. — A pizza delivery driver in Glendale Heights said his car was towed Friday while his 11-year-old son was still inside. The boy has Down syndrome.

Now the tow truck operator, 52-year-old Brian Clark of Bensenville, faces charges of reckless conduct and endangerment of a child.

Ramzan's son, 11-year-old Farah Ramzan, waited in the car as Ramzan dashed inside with the food.

Ramzan said he knew he parked in a tow zone, but was only gone three minutes. When he returned, he said, his car — and son — were missing. 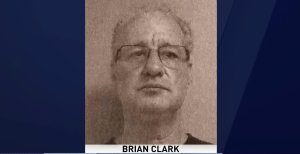 According to police, Clark towed the car with Farah still inside. Clark stopped a short while later to let Farah out of the car, police allege. The boy, who had his father's cellphone, was found by a good Samaritan.

"That tow truck came in with lightning speed in reverse and just drove off," witness Iqbal Ahmad said.

Officers soon found the tow truck and pizza delivery driver's car in a nearby parking lot.

Clark was charged and released on bail Friday.

Century Towing, the company that patrols the lot, has not yet commented on the situtation.

Storefronts in much of the state are closed, but officials say at as many as 700,000 people could go back to work on Friday.