Skip to content
Watch Live
Watch Live
Supt. Brown discusses adding in community service work to CPD’s summer mobile patrol units
WATCH LIVE
WATCH LIVE
WGN Morning News
This is an archived article and the information in the article may be outdated. Please look at the time stamp on the story to see when it was last updated.

The plan, hammered out this week in Brussels with the leaders of the 27 other E.U. countries, faces a razor thin vote.

After hours of debate today, including an appearance by former Prime Minister Theresa May, the focus has turned to an amendment designed to prevent an automatic no-deal Brexit at the end of the month.

Johnson has threatened to pull his deal off the table and call for an election if the amendment passes.

Votes could come anytime, or the session could go long into the night.

Britain is facing an October 1st deadline to leave the European Union.

Meanwhile, thousands are gathering in protest on London’s streets to demand a second national referendum on Brexit.

The first referendum in 2016 was criticized immediately after the vote, as thousands of Brits admitted they weren’t sure what they were voting for.  Many of them interpreted the referendum as a vote of confidence for the government of then Prime Minister David Cameron, not whether to leave the E.U. 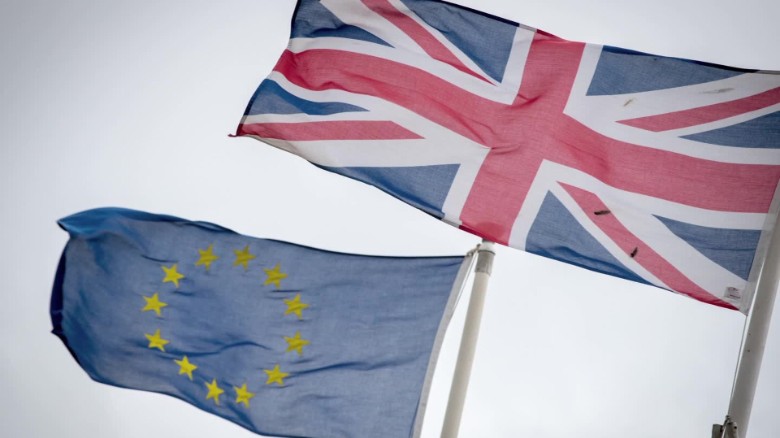 HOUSTON (CNN/KTRK) -- A Texas woman is counting her blessings after contracting both COVID-19 and the flu at the same time.

Eleana Topp's husband and four children feared what was to come. But after a long battle and months in the hospital, she is now back home.

Goya was founded in Manhattan in 1936 by Don Prudencio Unanue and his wife Carolina, immigrants from Spain. The company calls itself the largest Hispanic-owned food company in the United States.