CHICAGO — The Chicago area woke up Monday morning to blizzard conditions that haven’t been seen since Super Bowl 2015.

Blizzard and Winter Storm Warnings brought some parts of the area up to  13 inches of snow. High winds also brought down trees and power lines. 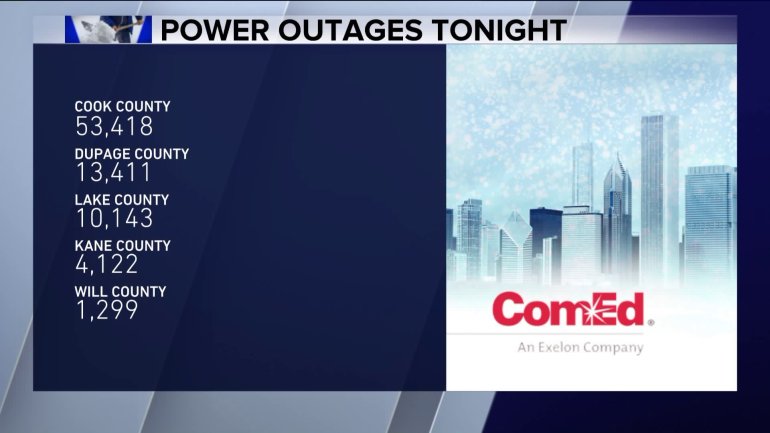 ComEd said they have 800 crews out working to restore power, but they do not have a time table for when all power will be restored.

Some residents in the Burnside neighborhood have been without power for a day, and said things should be moving faster.

Over 1,400 flights were cancelled at O’Hare and Midway Airports combined, and while it has stopped snowing for most of the Chicago-area, officials said that roads are still slick.

There are a number of weather-related closings throughout the area. Go to wgntv.com/closings for the full list.

But not everyone hated the snowfall. WGN’s Erin Ivory went to Glenview and met a group of kids who were happy they had a snow day.