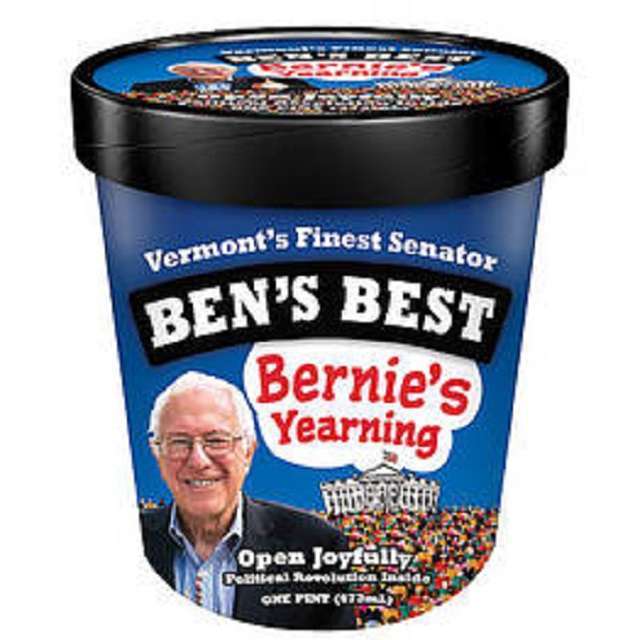 The website http://berniesyearning.com shows packaging bearing a picture of Sanders under the heading “Vermont’s Finest Senator” and a “Ben’s Best” label, rather than a Ben& Jerry’s brand.

Cohen says the flavor is his alone, with no connection with Ben & Jerry’s Homemade, Inc., or Sanders’ campaign.

The flavor is solid chocolate on top with plain mint ice cream underneath. The container says the chocolate represents “the huge majority of economic gains that have gone to the top 1 percent since the end of the recession. Beneath it, the rest of us.”

Eating instructions urge people to let the ice cream soften and then mix, “and there you have it, Bernie’s Yearning.”

Cohen says he made 40 pints in his kitchen and donated 25 to the Sanders campaign. He set up a contest to give away the rest.

When her son was diagnosed with autism, Debra Vines said she had nowhere to turn for assistance. However, through research and trial and error the west suburban mom said she found The Answer. Now, she’s helping thousands of families get the help they need.

Vines still recalls the challenges she and her family encountered when her son Jason was diagnosed with autism. She said she lived in a very dark place for a long time.