HARVEY, Ill. — Another fight is brewing in Harvey's City Hall, between the mayor and aldermen divided over how late people should be allowed to party.

The city’s new mayor, Christopher Clark, has said he was elected to clean up Harvey. A new ordinance backed by the mayor requires all alcohol-related businesses to close at midnight or be fined.

“Our new mayor, he’s a good person. He has very good intentions of trying to change the stigmatism that has been going around and embroiling Harvey,” said Harvey resident Ruby Donahue.

The new ordinances went into effect last fall. Because of lost revenue many clubs have been forced shut down entirely. Businesses in Harvey are not happy, nor are four out of its six aldermen.

Rasheeda Smith provides concierge services to the clubs in town, like bathroom attendants. She say the consequences of the new ordinances are hurting more people than the mayor might realize.

“You’re having these people turn to a life of crime when they don’t have to, when they have a legal, viable income beforehand,” Smith said.

The city’s mayor has said he’s re-evaluating liquor licenses as part of an effort to clean up the town’s image. But bar owners who now have to jump through hoops to renew their licenses say it’s more than that, and have started suing.

“It’s just another hearing to deny our clients due process and their ability to earn an income, not only for themselves, but for their employees,” attorney Dan Garbish said. 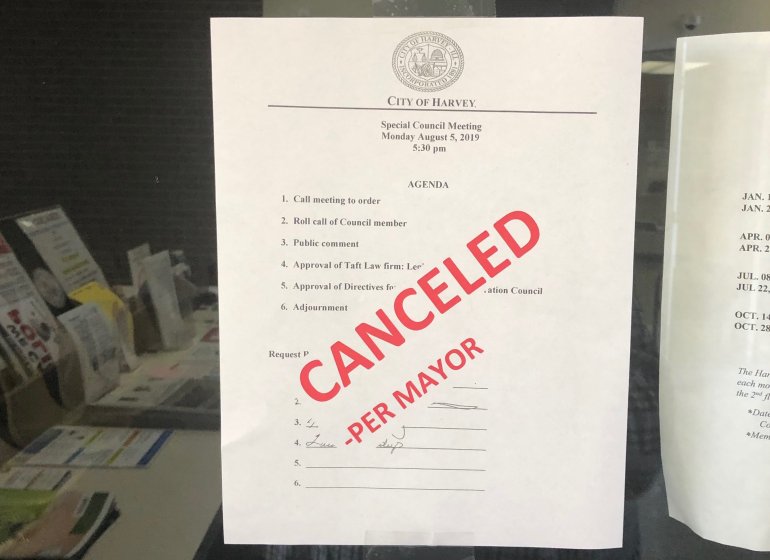 Monday afternoon, aldermen had a notice up about a special meeting meant to discuss the issue and vote to reinstate normal business hours. When they showed up the mayor had different plans. The meeting had been cancelled.

The mayor says special meetings cannot be held in the middle of the afternoon, because that’s not a convenient time for residents. Aldermen say they can't get the liquor ordinances on the city council agenda because the mayor keeps blocking them.

“I shouldn’t be an alderman if we have a dictator in office telling me what I can and cant do,” said Ald. Marshun Tolbert (2nd Ward ).

Whether these clubs can stay open late will likely be up to a judge later this week, when a court decides whether to enter a restraining order against the City of Harvey.

CHICAGO - The state is busy prepping its first COVID-19 field hospital at McCormick Place, but WGN has learned nurses recruited to work there may be in for the greatest challenge of their careers.

The executive director of the American Nurses Association, Susan Swart, is very worried the demands made on nurses enticed by big paychecks could put them in trouble.

The coronavirus pandemic has prompted panic-buyers to empty shelves of bathroom tissue nationwide.

NILES, Ill. - A suburban man who touched the lives of thousands of people and animals during a remarkable four-decade career as a veterinarian has died of COVID-19.

67-year-old Peter Sakas was a legend in the field. He literally wrote the book of avian medicine.

Mix of sun and clouds Precip: 0%