GURNEE, Ill. — The armed woman who was fatally shot by police in Gurnee on Wednesday has been identified.

The woman, Makell Meyerin, 31, was a passenger in a car that slammed into an Antioch squad car earlier that day — setting off a seven-hour standoff at an Antioch home, police said. 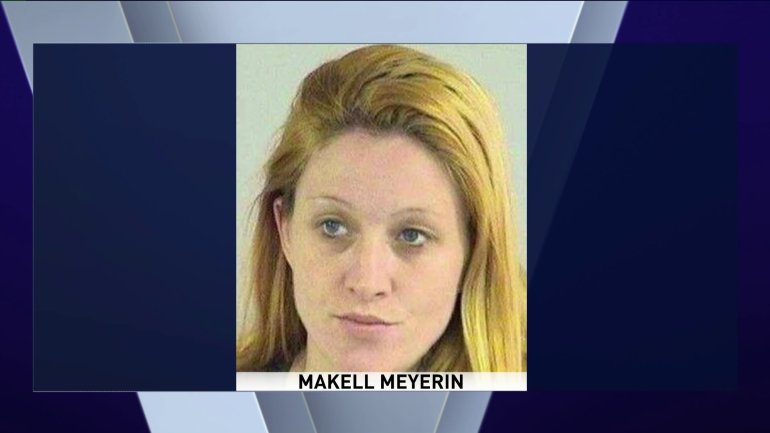 The woman was shot dead near Chittenden Park in suburban Gurnee just before 2 p.m. Wednesday. Police said they opened fire when the woman refused to put down a weapon.

According to the Lake County Coroner’s Officer, she died of multiple gunshot wounds. Toxicology results are pending.

Police had first been called about 40 minutes earlier when someone reported a suspicious white Toyota Prius with a bullet hole in the windshield.

Gurnee police approached the car, officials said, and saw an unconscious man in the passenger’s seat and a woman behind the wheel. While officers waited for an ambulance to arrive, the woman put the car in gear, drove off and hit a fire vehicle.

Officers later found Meyerin walking along a busy stretch of Route 41 in Gurnee, carrying a weapon. When she refused to drop it, police said, she was shot and killed just before 2 p.m Wednesday.

The unconscious man in the car was taken to a local hospital with non-life-threatening injuries. Police on Thursday said they believe he was the driver in an Antioch attack earlier Wednesday.

The Antioch incident began about 6:30 a.m. Wednesday when police responded to a “solicitor complaint” call. Officers tried to speak with a man and woman inside a vehicle, but the man driving the car, who police determined was Jordan Huff, 37, refused to stop — and instead hit the officers’ squad car. A witness saw a passenger point a gun with a long barrel out of the car window. The person may have fired a shot.

The suspects’ car then sped away.

Police soon found the vehicle outside a home on Route 83 in Antioch, authorities said. After a seven-hour standoff, police were able to take two people into custody: a man and a woman. The man was not involved and was subsequently released. The woman however, is believed to have been a third a passenger in the Antioch car, police said.

Huff was charged with aggravated fleeing and eluding, criminal damage to state support property and resisting a peace officer. He is due in court on May 25.
Officials said the investigation is ongoing.
41.26892-72.671701