At least seven separate tornadoes touched down, and the National Weather Service confirmed Thursday where they hit: 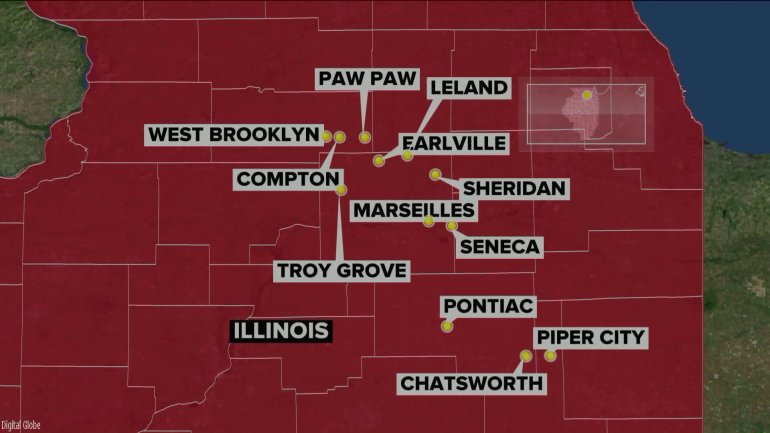 The storms appeared to hit hardest in Pontiac, about 100 miles southwest of Chicago, where a tornado ripped through the town off of I-55.

According to the fire chief in Pontiac, two children inside a mobile home suffered minor injuries.  No other injuries were reported.

Thousands of soccer fans were forced to seek shelter during a two-hour weather delay in the Copa America semifinal at Soldier Field.

For the latest weather updates go to Chicago Weather Center.