Skip to content
Watch Live
Watch Live
Mayor Lightfoot will join CPD, Civilian Office of Police Accountability for news conference
This is an archived article and the information in the article may be outdated. Please look at the time stamp on the story to see when it was last updated.

NEW YORK CITY -- Authorities found a note, written in English, claiming the suspect in Tuesday's attack in New York did it in the name of ISIS, a senior law enforcement official told CNN.

The note was found in the truck police said was used in the attack, the source said.

Argentina's Foreign Ministry says five of the nation's citizens were among the eight people killed in the truck attack on a New York City bike path.

And the deputy prime minister and foreign affairs minister of Belgium says in a tweet one of the dead was Belgian.

Belgians and Argentines also are among the 11 wounded in Tuesday's attack. 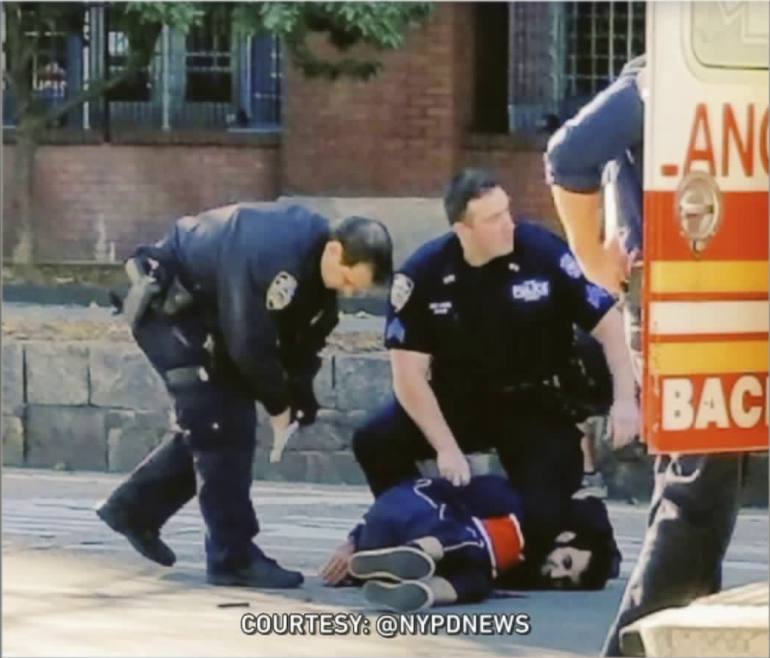 "This was an act of terror, and a particularly cowardly act of terror," New York Mayor Bill de Blasio said, "aimed at innocent civilians, aimed at people going about their lives who had no idea what was about to hit them."

The 29-year-old suspect was identified by two law enforcement sources familiar with the investigation as Sayfullo Habibullaevic Saipov. He is from the central Asian nation of Uzbekistan and came to the United States in 2010, sources told CNN.

Here are the latest developments in the attack:

• The suspect, who was shot by police, is out of surgery, a law enforcement source told CNN. Officers were able to talk to him before the surgery, the source said. It is not known if he told them anything.

• Saipov most recently lived in New Jersey, a law enforcement source said. Neighbors said he did recently live in Paterson, not far from New York, at least part time.

• The man rented the truck in New Jersey on Tuesday, a person briefed on the investigation told CNN.

• President Donald Trump tweeted that the incident "looks like another attack by a very sick and deranged person." In a later tweet, he wrote, "My thoughts, condolences and prayers to the victims and families of the New York City terrorist attack. God and your country are with you!"

• New York Gov. Andrew Cuomo directed One World Trade Center to be lit in red, white and blue in honor of freedom and democracy, his office said.

The incident is being investigated as terrorism, officials said. Witnesses reported the suspect was yelling "Allahu Akbar," according to four law enforcement sources. The FBI's Joint Terroris

m Task Force is taking over the lead of the investigation.

After crashing the truck into a school bus, the s

uspect exited the vehicle while displaying imitation firearms and was shot in the abdomen by a police officer, according to the NYPD.

Vehicles have been used as weapons in a number of terrorist attacks in recent years, including in deadly incidents in Nice, France, and London.

The suspect, driving in a Home Depot rental truck, hopped a curb at West Houston Street and drove south on the bike path on the west side of West Side Highway in Lower Manhattan for several blocks, officials said. A pellet gun and a paintball gun were recovered from the scene, officials said.

Just after the incident, news footage showed several mangled bicycles on the popular bike path as medics tended to the wounded in the background.

Six people were declared dead at the scene and two were pronounced dead at the hospital. At lease 11 others were transported to the hospital with serious but non-life-threatening injuries, according to New York Fire Commissioner Daniel Nigro.

ks was part of an incident in lower Manhattan and said the company is "cooperating with authorities" in the investigation.

News footage showed crowds of spectators -- some capturing the scene with cellphone cameras -- gathered behind police lines. A white Home Depot truck with the front end smashed was also visible.

Eugene Duffy said he had just left work at Pier 26 and was waiting on the light to cross West Street when he heard a scream. He thought it might have been a Halloween prank but he said the scream was bloodcurdling.

"I look down and I see a white pickup truck a couple of more blocks down in the bike path," he said. "Automatically, I know something's wrong. Then, as I go down more toward where the girl is screaming, I see two gentlemen laying there and they have tire tracks marked across their bodies. You could tell they both weren't here."

He continued to walk closer to the scene. Gunshots rang out. He saw cops ducking for cover. A yellow school bus was smashed nearby. Cops descended on the area.

"I thought automatically, this area, I thought it was terrorism," he said.

Michael Corbin, the assistant real estate manager for District Council 37, the city's largest public employees union, was standing outside the union's lower Manhattan offices attending to a woman who slipped and fell on the sidewalk.

"The first responder to the event was a counterterrorism officer," he said. "We were atten

ding to the victim, getting her onto a stretcher and, at that moment, we heard gunshots. I recalled hearing five gunshots in quick succession and immediately the officer ... left to investigate the situation from the direction we heard the noise coming from."

Another witness, Ramon Cruz, described what he saw.

"What I saw was that the driver -- he didn't look like he was bleeding," said Cruz. "He was dragging his foot. He looks frustrated, panicked, confused. People are running past me, saying, 'He's got a gun. He's got a gun.' I didn't see any gun.

"It was a white pickup truck. He looked pretty bad without bleeding or anything like that. I didn't see him hit anybody. All I heard was the impact of a crash."

Tuesday afternoon on Twitter, a user posted an image of a person lying on the ground near the scene of an incident near West & Chambers Streets in Manhattan.

Authorities are sure to look at whether the suspect visited Uzbekistan since he moved to the United States seven years ago, CNN terrorism analyst Paul Cruickshank said.

"There has been a significant problem with jihadism in Uzbekistan," he said.

According to Cruickshank there are two large jihadi groups in the country. One of them is the Islamic Movement of Uzbekistan, which is affiliated with ISIS.

In April, an Uzbek man was arrested after a truck attack killed four people in Stockholm.

Our thoughts and prayers are with the victims of today’s terrorist attack in New York City and their families. My Administration will provide its full support to the New York City Police Department, including through a joint investigation with the Federal Bureau of Investigation. We offer our thanks to the first responders who stopped the suspect and rendered immediate aid to the victims of this cowardly attack. These brave men and women embody the true American spirit of resilience and courage. I will continue to follow developments closely.

My thoughts, condolences and prayers to the victims and families of the New York City terrorist attack. God and your country are with you!

We must not allow ISIS to return, or enter, our country after defeating them in the Middle East and elsewhere. Enough!

In NYC, looks like another attack by a very sick and deranged person. Law enforcement is following this closely. NOT IN THE U.S.A.!

BRUNSWICK, Ga. (AP) — A state investigator alleged Thursday that a white man was heard saying a racial slur as he stood over Ahmaud Arbery's body, moments after killing him with three shots from a pump-action shotgun.

The lead Georgia Bureau of Investigation agent in the case testified that Travis and Greg McMichael and a third man in another pickup, William “Roddie” Bryan, repeatedly used their trucks to chase down and box in Arbery, who repeatedly reversed directions and even jumped into a ditch in a desperate struggle to escape.

CHICAGO — An officer was struck by a vehicle while responding a call of shots fired on the West Side Thursday morning.

The incident happened around 2:30 a.m. in the 900 block of North Christiana in Humboldt Park, as officers were responding to a report of gunfire.

CHICAGO — Another popular music festival has been canceled due to the coronavirus pandemic — Milwaukee's Summerfest was officially called off Thursday.

Back in March, Summerfest was postponed from June until September, but now there will be no music fest this year.