The waters of Lake Michigan are near all-time highs, causing erosion and damage along the lakeshore. High winds can even send waves crashing onto portions of Lake Shore Drive, where 160,000 cars drive each day.

Among the many who take the Drive to work is Don Straube, who wrote in to Ask WGN: Is there anything we can do to lower the level of the lake?

The equation of what led to the highest water levels seen on Lake Michigan since the 1980s is relatively straightforward: rainfall in and evaporation out.

A much smaller part of the equation is the Chicago River, which takes in about two billion gallons of water from the lake each day, sending it down the Mississippi River and into the Gulf of Mexico.

This massive feat of engineering did lower the lake — by about an inch.

“And so if you can imagine this massive volume of water leaving the lake already just reduced it by an inch, you can imagine what it would take to lower it by any meaningful amount,” Brammeier said. 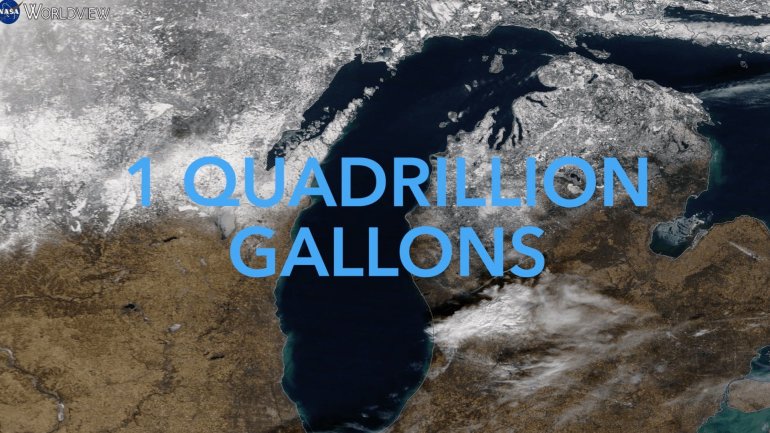 Theoretically, you could build a massive pipeline to drain water from the Great Lakes, as some from drought-stricken states in the western U.S. have proposed. But even given unlimited time and resources to do so, Brammeier said it would likely be impossible politically.

Passed in 2008, a law called the Great Lakes Compact effectively bans water from being diverted from the Great Lakes. Any major withdrawal would need to be approved by representatives from all the states in the U.S. and Canada that border the lake system.

A few diversions (in the millions — not billions) have been approved, but even those were controversial and typically require companies to return an equal amount of water to the system. This means they have little to no noticeable impact on lake levels.

“It’s already extremely controversial for Chicago and Illinois to be taking that two billion gallons a day that it takes now,” Brammeier said. “Multiply that times 10 and you can imagine what the public outcry would be.”

Ultimately, the water levels in the Great Lakes have been going up and down naturally for millennia. But thanks to climate change, Brammeier said, it’s happening more rapidly.

“We think the extremity of the variation, jumping from a record low to a record high in a matter of three or four years, is what’s really shaking things up. This is gonna be the new normal,” Brammeier said.

With any man-made solution to the lake levels out of the picture, the best we can do is prepare better for record highs and lows. After lake levels drop is the best time to build more resilient shorelines. That way our communities are prepared when water levels rise again.

“Unfortunately, there’s not a lot you can do right now other than batten down the hatches, try to protect what we’ve got as best we can, and wait for the water levels to go down,” Brammeier said.

So, the amount of money, time and political will it would take to lower the level of the lake, whether by pumping water back into the river or by any other means, is probably just too high. Experts seem to agree that we should just let nature take its course.

It’s probably not the answer we want as we see the shoreline disappearing, but as always, we’re just trying to level with you.

Christmas trees and the fire risk they pose

Best gifts for the kitchen today under $100