Skip to content
Watch Live
Watch Live
Memorial for George Floyd
This is an archived article and the information in the article may be outdated. Please look at the time stamp on the story to see when it was last updated.

WHEATON, Ill. – Suburban authorities have arrested a suspect and are searching for two more after a college student was kidnapped and robbed.

The DuPage County State's Attorney and Glen Ellyn's police department  say the 21-year-old victim was walking out of a Starbucks around 10 a.m. on Friday August 26th in downtown Glen Ellyn when he was allegedly approached by a small SUV occupied by three men.

Two men exited the vehicle, and reportedly ordered the student into the vehicle at gunpoint.  They then drove to several ATMS and withdrew more than $1,500 from the victim’s bank account using his ATM card.

The suspects then drove to Chicago and released the student unharmed around 11:30 a.m.

The student then called 911. 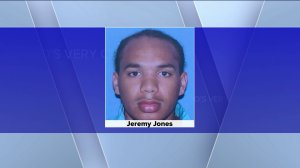 Anyone with any information is asked to contact the Glen Ellyn Police Department at (630) 469-1187.

But the response from his community -- and one man's attempt at redemption -- have heartened him during a dark time.

Navy Pier has been closed since March 16 due to the COVID-19 pandemic.

BRUNSWICK, Ga. (AP) — A state investigator alleged Thursday that a white man was heard saying a racist slur as he stood over Ahmaud Arbery's body, moments after killing him with three shots from a pump-action shotgun.

The lead Georgia Bureau of Investigation agent in the case testified that Travis and Greg McMichael and a third man in another pickup, William “Roddie” Bryan, used their trucks to chase down and box in Arbery, who repeatedly reversed directions and ran into a ditch while trying to escape.