CHICAGO — The Archdiocese of Chicago announced plans to close five Catholic schools on June 30 due to low enrollment and “financial difficulties.”

In a press release issued Monday, the Diocese said the following schools would be closed:

“School closures are difficult and complicated and we realize the impact this has on students, their families and our staff. We are committed to making the transition caused by these closures as seamless as possible,” superintendent of Catholic Schools said in the statement. “The archdiocese will be working with each affected student and employee to assist them in finding places at other Catholic schools.”

The Diocese said it would work with affected students and employees to assist them in finding places at other Catholic schools. 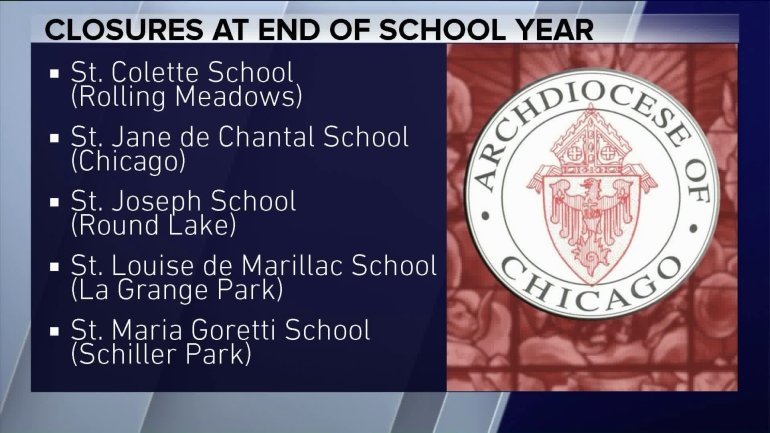 FREDERICKSBURG, Va. (AP) — A 176-year-old slave auction block has been removed from a Virginia city's downtown.

The 800-pound (363-kilogram) stone was pulled from the ground at a Fredericksburg street corner early Friday after the removal was delayed for months by lawsuits and the coronavirus pandemic, The Free Lance-Star reported.

COUNTRY CLUB HILLS, Ill. — Authorities say an elderly suburban Chicago woman has been fatally mauled by a dog, according to the Chicago Sun-Times.

Mark Clements spent 28 years in prison for a crime he didn't commit, convicted after he was tortured by Chicago Police Department detectives under the rule of convicted and disgraced Commander Jon Burge.

Clements says now decades later, with protesters calling for change, the department still has failed to police communities of color fairly and that the city budget allotted to CPD could be better used elsewhere. He's calling for defunding and demilitarization.

US unemployment drops unexpectedly to a still-high 13.3%

US unemployment drops unexpectedly to a still-high 13.3%