“What this deal is, basically, is a bulldozing at the midnight hour of a level playing field at O’Hare,” Dennis Tajer of the Allied Pilots Association said Wednesday. “It’s endorsing a monopoly with United, and it’s not good for our passengers.”

American Airlines pilots backed their employer Wednesday, blasting Chicago’s plans to expand its busiest airport. Some went as far as to accuse the Chicago City Hall of inserting a last-minute provision in its O’Hare lease agreement that unfairly awards additional gates to rival United Airlines.

“If we can’t be competitive flying here in Chicago,” said Leslie Scott of American Airlines, “we will have to explore where else we might be able to be competitive.”

Emanuel on Wednesday made it clear the city would proceed with its aggressive expansion plans — with or without American. The airline is said to account for 37 percent of O’Hare’s traffic. Its 35-year lease with the city is set to expire in May.

“This agreement allows the other airlines — Delta, Spirit, etc. — to grow and keep all the others honest when it comes to pricing,” Emanuel said at a news conference. “If anything, the consumer gains by that healthy competition that did not exist before.”

“I’m not picking one airline over another with any of the airlines,” the mayor continued.

The O’Hare expansion proposal was a big topic at Wednesday’s City Council meeting. If approved, the city would revamp existing terminals and add a new state-of-the-art terminal that could accommodate more large planes used for international flights.

Chicago aldermen could vote on the aggressive eight-year plan as early as next week.

The aldermen are being asked to approve higher aviation fees to finance the project. 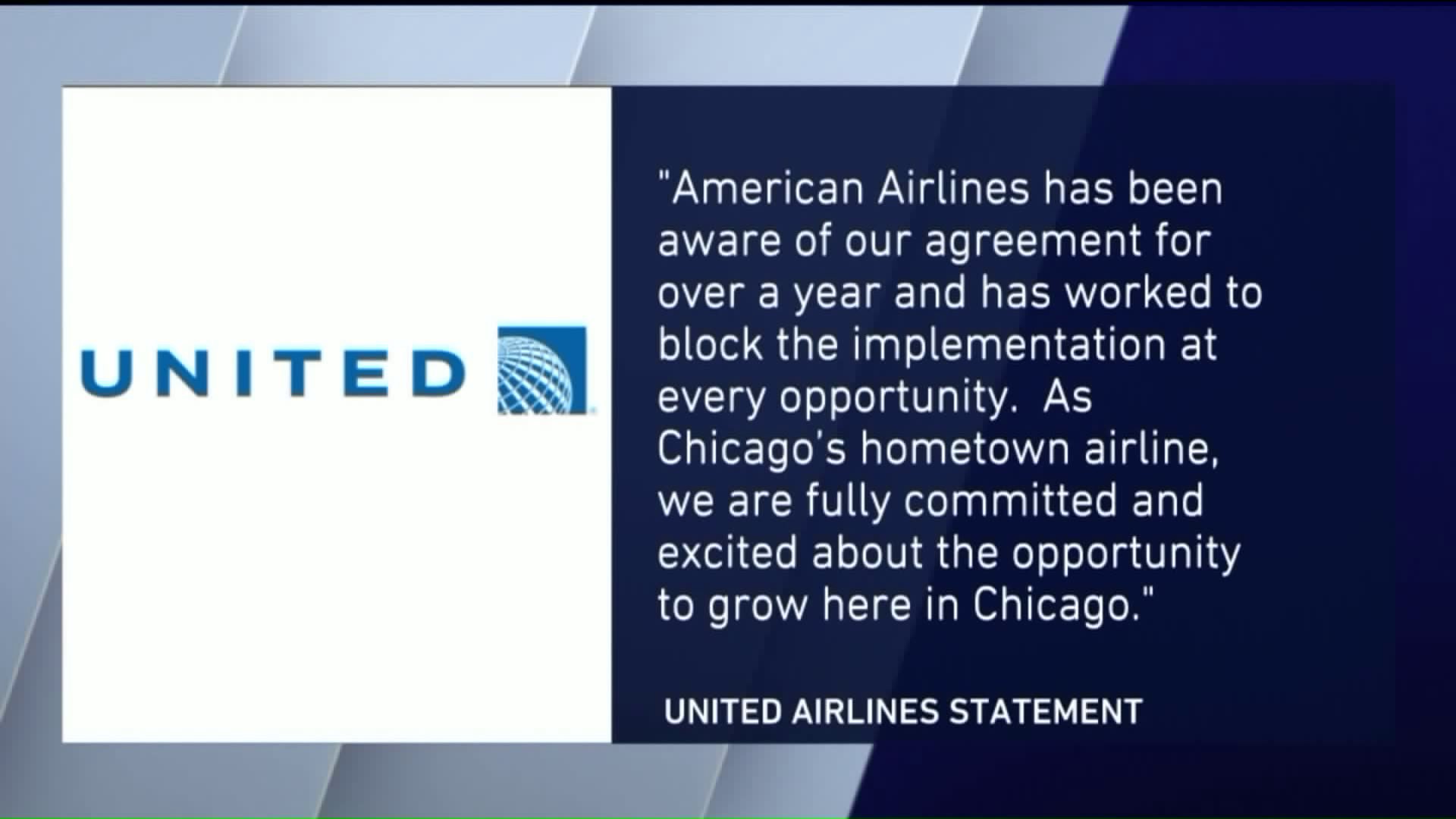