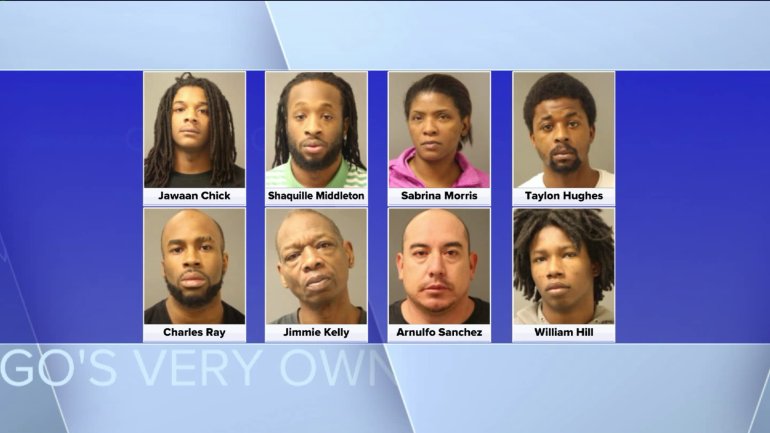 CHICAGO — Eight people are charged in a dog fighting ring in West Englewood.

Four wounded pit bulls were discovered Sunday night in a home at 66th and Winchester.

Police say Jawaan Chick was the breeder. He’s charged with felony dog fighting. Chick and Shaquille Middleton are being held without bond.

Six other people are charged with attending a dogfight. Most of them are being held on ten thousand dollars bond.

The dogs have been turned over to animal control.

CHICAGO — A man who was arrested after suspending himself from downtown's Trump Tower escaped from a private ambulance, according to police.

The man was taken into custody Monday morning after hanging off the side of Trump Tower for more than 13 hours. The incident at Trump Tower, 401 N. Wabash Ave., started around 6 p.m. Sunday.

WASHINGTON (AP) — Melania Trump’s return to the campaign trail will have to wait.

The first lady has decided against accompanying President Donald Trump to a campaign rally Tuesday in Erie, Pennsylvania, because of a lingering cough after her bout with COVID-19, said Stephanie Grisham, her chief of staff.

CHICAGO — A condo association is considering a proposed rule that would require residents to wear a mask in common areas or face a fine.

Battleground county in a battleground state: Kenosha voters line up for early voting