CHICAGO – Five people were shot and killed just blocks from one other in South Shore Thursday. 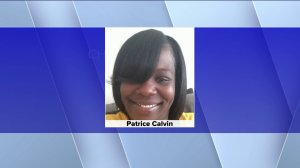 Later, just blocks away four people were shot and killed in and near a restaurant.

Several people who work closely with the South Shore community believe this afternoon shooting that left four dead was in retaliation for the woman’s death.

Dana Jackson lost her 19-year-old son Raheam and her 20-year-old son Dillion.  Her sons had come to visit her at the restaurant where she works at 75th and Coles.

At the same time, a man with gun came in shot and killed 28-year-old Emmanuel Stokes and another man yet to be identified inside the restaurant.

The shooter then took off after Raheam and Dillion.  The suspect shot and killed the brothers just outside the restaurant. One died where he was shot, the other about a block away in a backyard.

Police are investigating.  There are no suspects in custody.

WASHINGTON — President Donald Trump on Wednesday granted clemency to five people convicted of committing drug and financial crimes, all of them cases that were pushed by prison reform advocate and Trump ally Alice Johnson.

At the end of the work week we could all use a little pick me up. Erin Ivory has it with this Friday's Feel Good Roundup.

The candy has arrived, bagfuls stocked high as families try to navigate what Halloween will look like this year. While many plan to just leave candy out on the stoop, local dermatologist, Dr. Michael Greenberg, had another idea. "Candy and a Can!," Dr. Greenberg said.

CLEVELAND (WJW) -- Arnold Schwarzenegger revealed in a tweet Friday that he underwent heart surgery at the Cleveland Clinic, and is feeling "fantastic."

The former governor of California and "Terminator" star is back on his feet and took some time to explore Northeast Ohio.

New iPhone 12 now for sale; trade-in offers and how you can get it for free