GARY, Ind. — Lake County officials said they took two teens into custody after they allegedly fatally shot a 16-year-old last month while he was trying to sell them his Xbox.

Johnny Peluyera, 16, was shot and killed June 12 while he was with his father meeting up with two people near 51st and Maryland streets in Gary to sell the teen’s gaming system. The two arranged the meeting using an online sales app. 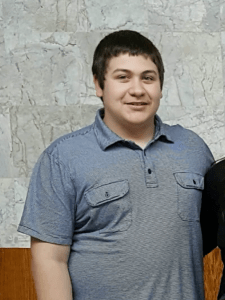 The boy’s father said he knew something wasn’t quite right. He spotted a gun and told his son to run, but the teen was shot in the back as he tried to run back to his father’s car.

The suspects did not take the Xbox.

Peluyera was pronounced dead shortly after.

The Lake County sheriff said they have a 17-year-old and 18-year-old in custody for the shooting. Charges are pending, and the 17-year-old may be charged as an adult.

The teens were arrested at their homes in Gary and Crown Point.

“I especially plead to all parents: Hold your babies. Tell them every day you love them and you are proud of them,” Arroyo said.

His mother said she can’t believe her son is gone. She said he was a wonderful kid who loved video games and cars. He had just gotten his license and was about to get his own Trans Am. The teen didn’t have a chance to drive the new blue car his parents had just bought for him.

His father said he can’t get the image of his son’s death out of his head. He said it’s all very hard to process.

Johnny was one of three children. He leaves behind a little brother and an older sister battling stage 4 cancer.

Peluyera was set to be a junior at Merrillville High School in the fall.

Police want the public to remember to always meet at a safe place — like a police department’s parking lot — when dealing with online sales.

ATHENS, Tenn. (AP) — A Tennessee school district has voted to ban a Pulitzer Prize winning graphic novel about the Holocaust due to “inappropriate language" and an illustration of a nude woman, according to minutes from a board meeting.

The McMinn County School Board decided Jan. 10 to remove “Maus” from its curriculum, news outlets reported.

Jussie Smollett to be sentenced March 10 for lying to police

CHICAGO (AP) — Jussie Smollett, who was convicted last month for lying to police about a racist, homophobic attack that authorities said he staged, will return to court for sentencing March 10, a judge said Thursday.

Cook County Judge James Linn set the sentencing date in Chicago for the former “Empire” actor, who told the judge he was in New York, during a hearing on Zoom.

NAPERVILLE, Ill. — Police in Naperville said they will never consider suburban professor Matthew Lange's slaying five years ago a "cold case" as they continue to hope for tips through a $45,000 reward.

Lange, 37, of Oswego, was waiting to pick up his 4-year-old son outside Scullen Middle School on the night of Jan. 27, 2017 when he was shot and killed execution-style.

Coast Guard to suspend search for migrants off Florida

No bail for man, teen in murder of 8-year-old Melissa Ortega

How is a new Supreme Court justice chosen?

World remembers the Holocaust as antisemitism rises during the pandemic

‘They could feel each other’: Hospital puts suburban couple together for final days of COVID-19 battle

No bail for man, teen in murder of 8-year-old Melissa Ortega

Jussie Smollett to be sentenced March 10 for lying to police

Coast Guard to suspend search for migrants off Florida