GARY, Ind. — A teenager has been charged in the fatal shooting of a Indiana teen who was trying to sell his Xbox last month.

Gary Higgins, 17, has been charged with murder and robbery in the death of Johnny Peluyera. 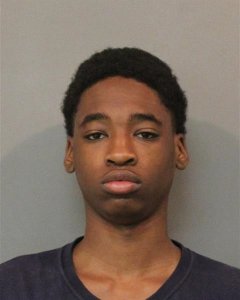 Peluyera, 16, was shot and killed June 12 while he was with his father meeting up with two people near 51st and Maryland streets in Gary to sell the teen’s gaming system. The two arranged a meeting using an online sales app.

The boy’s father said he knew something wasn’t quite right. He spotted a gun and told his son to run, but the teen was shot in the back as he tried to run back to his father’s car.

The suspects did not take the Xbox.

Peluyera was pronounced dead shortly after.

Peluyera was one of three children. He leaves behind a little brother and an older sister battling stage 4 cancer. He was set to be a junior at Merrillville High School in the fall.

Police want the public to remember to always meet at a safe place — like a police department’s parking lot — when dealing with online sales.

Plenty of good music at International Festival of …

USPS stamp prices are about to go up