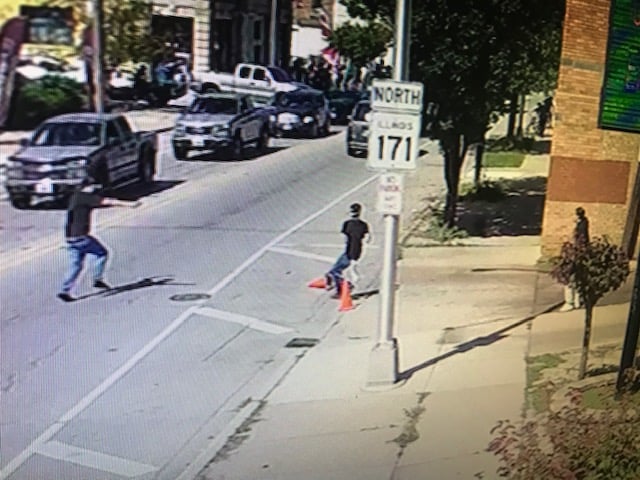 JOLIET, Ill. — A teenager was wounded in a shooting in the area of the Joliet Mexican Independence Day Parade Saturday.

Police said the 16-year-old male was in the area of Collins Street and Elwood Avenue around 2 p.m. He sustained a gunshot wound to his calf, a non-life-threatening injury, police said.

Police said surveillance video showed a person firing a handgun at the teen and then fled eastbound through an alley. The person appeared to be a White or

Hispanic male with a thin build wearing a black shirt with white letters and blue jeans.

Police are investigating and ask anyone with any information to contact them at 815-724-3385 or the Joliet Investigation Unit at 815-724-3020. They can also contact Will County Crime Stoppers at 800-323-6734 or online at crimestoppersofwillcounty.org if they wish to remain anonymous.

RALEIGH, N.C. (WNCN) – Isaias strengthened into a hurricane again Monday night ahead of its landfall. Its maximum sustained winds went from 70 mph at 5 p.m. to 85 mph by 9 p.m., the National Hurricane Center said.

ST. LOUIS, Mo. (KTVI) - WWE star and actor Dwayne "The Rock" Johnson is part of a group that has purchased the XFL for $15 million, according to Variety’s sister site Sportico. He is splitting the cost of the league with RedBird Capital investor Gerry Cardinale.

"With gratitude and passion, I’ve built a career with my own two hands and will apply these callouses to our XFL brand,"Johnson tweeted shortly after the announcement. "Excited to create something special for the fans!"

WASHINGTON (AP) — The Trump administration is taking steps to give telehealth a broader role under Medicare, with an executive order that serves as a call for Congress to make doctor visits via personal technology a permanent fixture of the program.

The order President Donald Trump signed on Monday applies to one segment of Medicare recipients — people living in rural communities. But administration officials said it's intended as a signal to Congress that Trump is ready to back significant legislation that would permanently open up telehealth as an option for all people with Medicare.