Kolkmeyer said she is about 16-weeks along, and that she will be finding out the baby’s gender at her 20-week appointment.

The baby announcement was made Wednesday during the Morning Show ‘Anchor Chat’ segment, with a clip from the TV show ‘Friends’.  In the clip, Phoebe was shown ranting to the other characters about being tired from her pregnancy.

Kolkmeyer said she revealed the news to her husband with a ‘Friends’ reference, using a onesie with “The One Where We Became Parents” written across it —which is the naming style of each episode of the series. 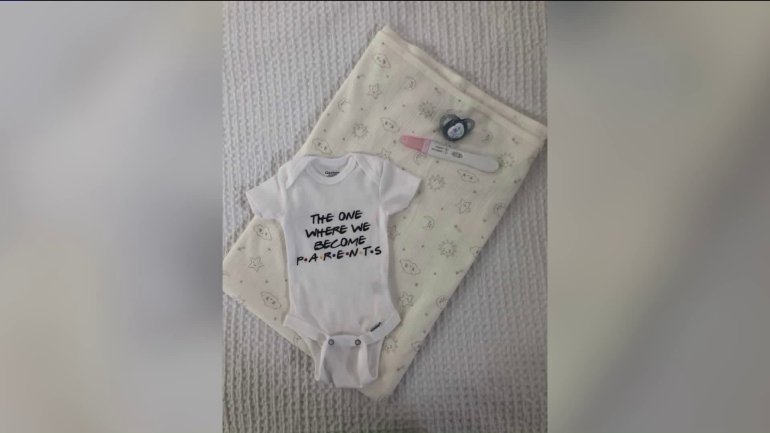 The anchors also played a game with Kolkmeyer during the segment, to see how fast she could change a diaper. It proved to be interesting— the mom-to-be forgot to take the onesie off the doll before putting the diaper on.

Kolkmeyer and her husband were married on April 14, 2018. She took on the title of “dog mom” in 2017 to her pup Luna. She said Luna doesn’t quite understand what’s coming her way.

Congratulations to the parents-to-be!

Around ‘The House’ checks in with GiGi’s Playhouse

Should kids take a gap year or head back to school?

Laura George, CEO & Founder of Laura George Consulting, LLC   After studying psychology at Duke University, working in advertising, and earning her MBA from Northwestern University’s Kellogg School of Management, Laura George started a career in marketing. When her oldest son (of four!) was born in 2002, Laura decided to combine her entrepreneurial spirit with her passion for mentoring students to form Get it Write Consulting. She had served…

Dr. Robert Murphy is a professor of infectious disease at Northwestern University`s Feinberg School of Medicine and the executive director of The Institute for Global Health. If you have a question for Dr. Murphy, ask on our Facebook page.