Snackable Bakes is available wherever books are sold nationwide. 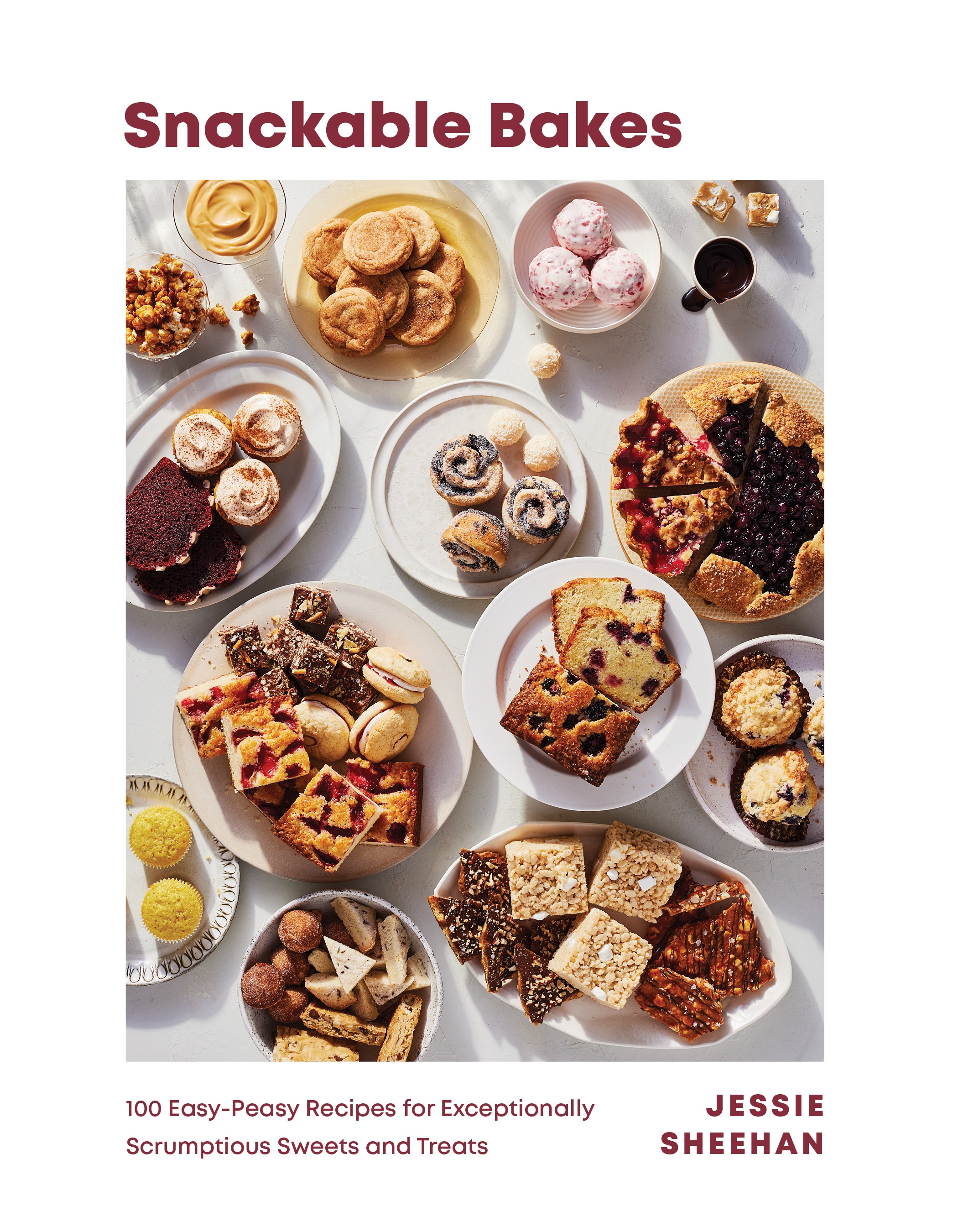 My mother-​in-​law’s carrot cake is the stuff of legends. It is a moist, sweet, slightly spiced layer cake, with some sweetened shredded coconut folded in for good measure, and a thick, finger-​licking-​good, tangy cream cheese frosting. Her recipe is so legendary, in fact, that it is an internet darling (not sure who originally shared it with Nonnie, all those many decades ago, but they clearly shared it with a few others, as well). I’ve tweaked it a little here, ​but if it looks familiar, neither Nonnie, nor I, is surprised. We also won’t be surprised if you’d rather glaze these little numbers with the Cream Cheese Glaze (page 80) rather than pull out your stand mixer for the frosting.

To make the cupcakes, whisk together the granulated sugar, oil, and vanilla in a large bowl for 30 seconds. Whisk in the eggs, one at a time. Sprinkle the baking powder, baking soda, cinnamon, and salt into the bowl, one at a time, vigorously whisking after each. Gently fold in the flour with a flexible spatula just until a few streaks of flour remain. Fold in the carrots and coconut. Fill each prepared muffin well about three-​quarters full, using a ¼-cup portion scoop or measuring cup, and bake for 18 to 20 minutes, rotating at the halfway point, until a wooden skewer inserted into the center of one of the cups comes out with a moist crumb or two. Remove from the oven and let cool for about 5 minutes, or until you can safely remove the cupcakes from the tin without burning yourself. Let cool to room temperature before frosting.

To make the frosting, beat together the butter and cream cheese on medium-​low speed in the bowl of a stand mixer fitted with the paddle attachment, just until combined. Beat in the vanilla, salt, and cinnamon and then, gradually, the confectioners’ sugar. Beat for an additional 30 seconds on medium speed. Decoratively spread each cupcake with about 2 tablespoons of frosting. Dust cinnamon over each and place in the refrigerator for 15 minutes to firm up before serving. Keep the cupcakes in an airtight container in the refrigerator for up to 3 days.

3 robberies targeting women reported in about 30 …

Chicago World Cup fans show US support on NW Side

Catching up with Amanda Seales

Catching up with Artist, Remington Robinson

2 shot in head, woman caught in crossfire, in Austin …

Chicago World Cup fans show US support on NW Side

12 best Elf on the Shelf accessories

1 dead after shooting outside Advocate Christ