SAN DIEGO, Calif. – When she was a senior in high school, Dulce Garcia knew what to do with her life: go to college and get a degree, go to law school and make a million dollars by the time she turned 30.

Garcia went to the school counselor so he would help her pick what university to attend. That’s when her world almost crumbled. Almost.

“He told me, ‘you’re an illegal immigrant, you’re not going anywhere, you’re not even going to the community college across the street,'” she recalls. “I told him, ‘you watch me,’ and I stormed out of there. … I had a conversation with my mom later that day. We both started crying. She told me how proud she was of me, but she told me the counselor was right about being undocumented.”

Many things made sense after that for a teenaged girl who thought of herself as no different from her peers: her family never taking her to parks in the Logan Heights neighborhood, giving her tons of homework every day of summer break so she wouldn’t go outside and instilling in her a deep mistrust of anyone in a government uniform. She learned she was brought into the United States illegally from Mexico when she was 4 years old.

“My mom really shielded us from a lot of the heartache happening around us. We would see our neighbors taken away, I would see my mother cry because police had shot somebody’s son … I thought those things were happening because we were poor. Now I realized that it was because we were undocumented,” she said. 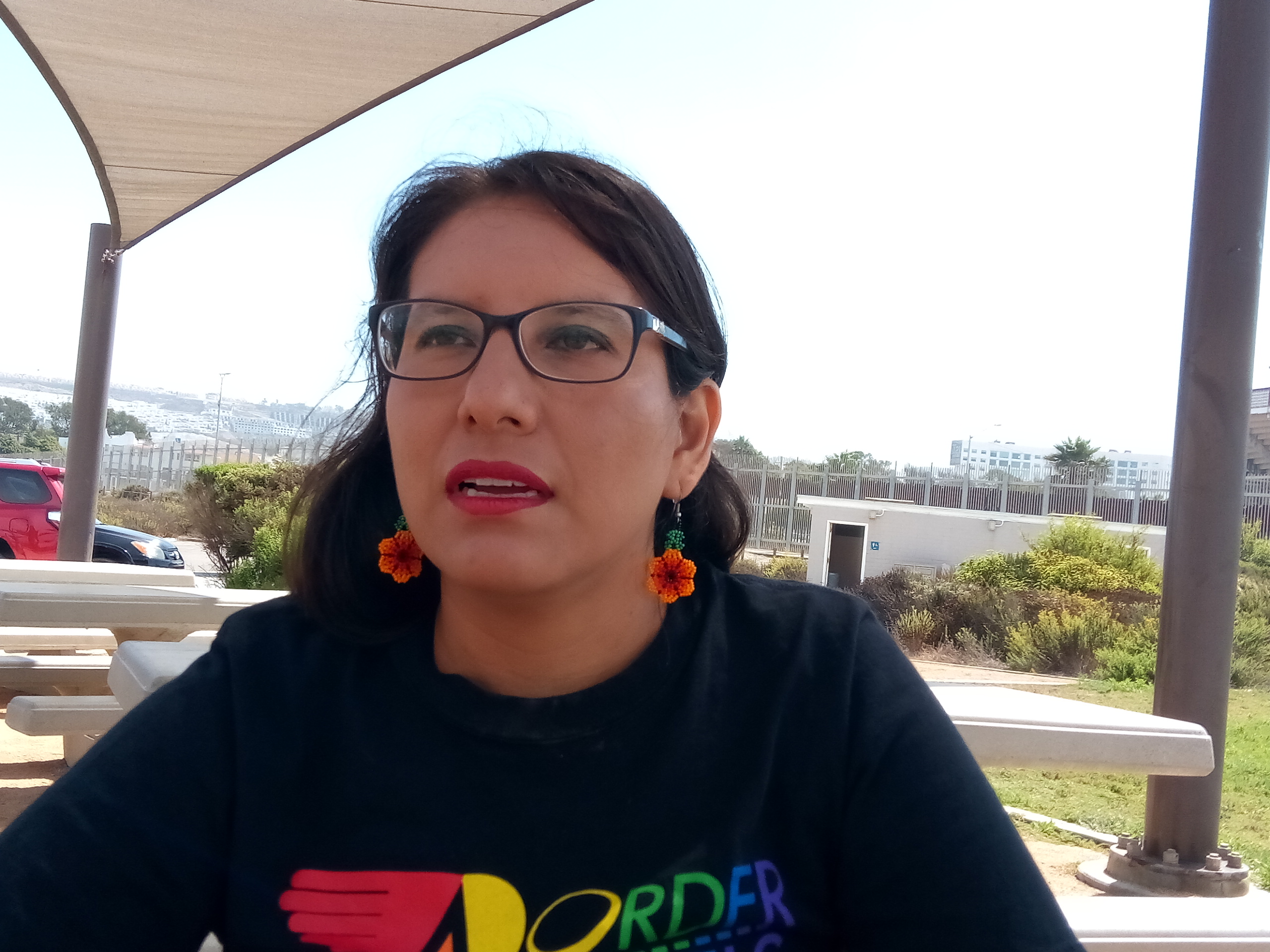 But Garcia refused to give up, and some things unexpectedly fell into place for her. She did go to college because California began to allow undocumented immigrants into public universities. She graduated from law school and is a practicing attorney because the Obama administration implemented DACA (Deferred Action for Childhood Arrivals) in 2012. Some 800,000 migrants who were brought into the United States by adults before the age of 16 were admitted into the program before president Trump shut it down in 2017. Those who got in can still renew their status every two years and the Supreme Court is scheduled to hear an appeal in November regarding the suspension of DACA.

Garcia now has a driver’s license, a social security number and is certified in the practice of law. She has, however, given up at least one of her early dreams. Instead of trying to become a millionaire, she wants to help those who walked in her family’s shoes.

As a member of the board of directors of Border Angels, she’s focusing her empowerment on providing legal, educational and community services to unauthorized immigrants already living here and delivering humanitarian aid to migrants barely coming across the border. The latter enterprise is bringing her as face to face with America’s deep-seeded divisions on illegal immigration and, occasionally, breaking her heart again.

After learning of her status, Garcia’s impetus was to help other families like hers. But there was always the fear of deportation.

“The first thing I wanted to do was go see the (border) wall for myself. I talked to the Border Angels when I was 18 because I found their work inspirational. I told my dad, I’m going to drop water in the desert for the migrants who are coming across,” she said. “My dad told me, ‘no way you’re going.’ I told him I was an adult and I could do what I wanted. And then we had a conversation about the Border Patrol and being caught.”

She settled for going to San Diego City College, paying her way by waitressing, parking cars, selling flowers and working in retail stores. At the time, unauthorized immigrants had to pay out-of-state tuition rates and got no financial aid. The jobs improved — tutoring, paralegal work — and the dream of law school got closer. She transferred to UC-San Diego and earned a bachelor’s degree in political science. Cleveland Marshall College of Law accepted her application, and she earned a Jurisprudence Doctorate with a concentration in civil litigation.

In addition to running her own law office, she places jugs filled with water in the desert, so that migrants coming over won’t die of thirst. The practice has drawn the ire of those who favor enforcement of immigration laws and has landed at least one her colleagues in jail for harboring or concealing unauthorized migrants.

And just recently — on the heels of the allegedly hate-motivated El Paso, Texas Walmart mass shooting — the water-jug campaign has experienced violence.

“We go out on the same route (each month) to make sure people are still drinking our water. I realized our jugs had been shot up and another organization noticed the lids were taken off. Once the water is exposed, it’s no good,” she said. “These are very much acts grounded in hate. This didn’t happen before and it’s a very terrifying thought. Using hateful language leads to hateful acts. Shooting jugs of water knowing that a migrant might be saved is a hateful act. To do something despicable like shooting someone is just a step further. I don’t conceive it as impossible that those people who are shooting our water would one day shoot an immigrant.”

In El Paso on Aug. 5, a man identified by authorities as Patrick Crusius, of Allen, Texas, allegedly murdered 22 people and injured 24 others. Most of the victims were Hispanic, including eight Mexican citizens killed. According to authorities in El Paso, Crusius said he came to “kill Mexicans.”

Juan Garcia, a Los Angeles resident, on Sunday brought his family to Imperial Beach to see the border wall.

“We’re just trying to see what it’s like, the division between two worlds, Mexico and the United States, how people live on the other side and on this side. Right here we feel secure, on the other side you can see they feel insecure,” he said. “I think it’s too much violence on the other side. You can feel it from this side when you’re talking to people.”

He also said he wanted his children to appreciate the privileges they enjoy living in the United States of America.

Visit the BorderReport.com homepage for the latest exclusive stories and breaking news about issues along the United States-Mexico border

A group of protesters from The Chicago Coalition for Justice in Palestine rallied Wednesday in downtown Chicago to condemn what they characterized as Israeli aggression. Demonstrators hope their calls for peace are echoed from the Magnificent Mile to the Gaza Strip.